PETALING JAYA - It would be foolish to make Datuk Seri Anwar Ibrahim prime minister as soon as he returns to Parliament, Tun Daim Zainuddin said during an interview with Singapore's The Straits Times.

According to the report, Daim, who heads the Team of Eminent Persons, said it is not time for an immediate change of premiership.

“The transition will be mid-term. If you break your promise to the people, they are not going to trust you any more.

“It will be foolish for anybody to change (prime ministers now),” Daim told the daily.

The Straits Times reported that 80-year-old Daim, who is known as “The Oracle” for his consistently accurate political predictions, had met with Anwar to convey the message that “you all tried how many elections and failed. Whether you like it or not, Mahathir succeeded”. 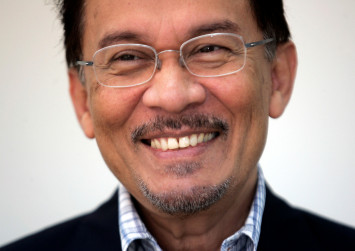 The Pardons Board is scheduled to meet on Wednesday (May 15) to discuss the proposed Royal Pardon for Anwar, after which it would need the Royal Assent of the Yang di-Pertuan Agong.

As Anwar’s incarceration for a sodomy charge barred him from contesting in GE14, Dr Mahathir was named Prime Minister and Anwar the Prime Minister-in-waiting.

Dr Mahathir had pledged to make way for Anwar to take over the prime minister role in two years.

However, Anwar would first need to contest in a by-election to be elected a Member of Parliament.

As soon as Pakatan Harapan formed the government on May 10, PKR leaders had been rushing to secure Anwar's release.

The Straits Times also reported Daim as saying that the Team of Eminent Persons has identified several people to be part of a special taskforce to reopen investigations into 1Malaysia Development Berhad (1MDB). 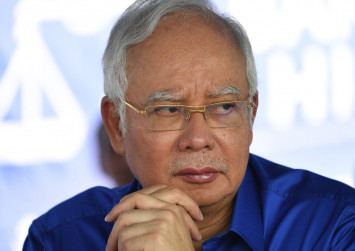 They include former anti-graft chief Abu Kassim Mohamed and former deputy central bank governor Shamsiah Yunus, who both investigated the scandal in 2015 before the probe was halted during several reshuffling of the heads in the Attorney-General’s Chambers and Malaysia Anti-Corruption Commission.

“In principle, they have agreed, but I cannot announce it until I see it in writing. As soon as it is done, if I can start this week, I will start this week,” Daim was quoted as saying.

He also dismissed concerns that Pakatan was accepting too many Barisan Nasional leaders into the coalition.

Civil society had previously urged Dr Mahathir to stop accepting Barisan component parties, warning that the people did not vote for a “Barisan Nasional 2.0” administration.

Daim told The Straits Times that it was a “number’s game” in states with hung assemblies and narrow majorities.

He added that Sarawak's dominant Parti Pesaka Bumiputera Bersatu would not be joining Pakatan and was merely looking to maintain good ties between the state government it controls and the Federal Government.

“Just now, Chief Minister Abang Johari Openg called the Prime Minister and also spoke to me.“I said, ‘Stay where you are... Take care of the state. In Parliament, you want to support, support; don't want to support, it doesn't matter - we have enough (majority)’,” Daim told The Straits Times.