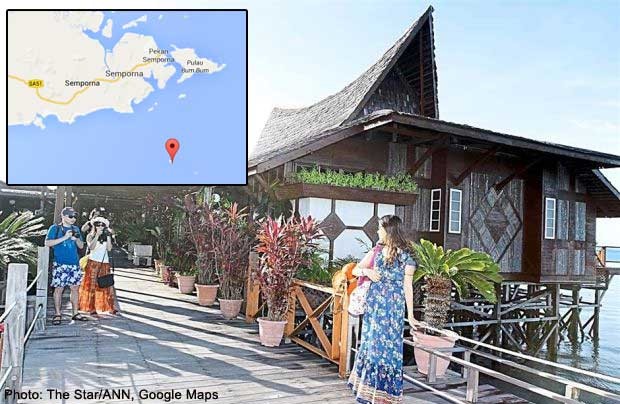 Australia, Canada and Britain issued travel notices on Tuesday advising citizens against all non-essential travel to the area. The notices were posted on the countries' respective foreign ministry websites.

Tourism Minister Datuk Seri Nazri Aziz said tourist arrivals were expected to drop not just from the three countries, but also from China, which has so far cancelled about 90 charter flights to Kota Kinabalu due to security concerns.

"All of Sabah is affected because most foreigners don't know that the problem only affected the eastern coast.

"To them it is the whole state. Let's not be in a denial syndrome. I want everyone to know that the effect on tourism is a real concern, and which is why we all need to work hard to improve security in the area," Nazri said when contacted on Thursday.

Australia's Department of Foreign Affairs and Trade advised its nationals to reconsider their need to travel to the coastal region of eastern Sabah, including islands, dive sites and associated tourist facilities due to the threat of kidnapping.

Canada's Department of Foreign Affairs, Trade and Development advised citizens against non-essential travel to the coastal areas of southeast Sabah from Beluran to Tawau as well as all nearby islands.

Britain's Foreign and Commonwealth Office advised its citizens against all but essential travel to all islands off the coast of eastern Sabah from Kudat to Tawau.

Prior to the attack on Pulau Mabul, several countries, including New Zealand, Singapore and the United States also issued advisories following four high-profile cross-border kidnappings involving Taiwanese, Chinese and a Filipino by armed gunmen that had taken place since November last year.

[[nid:98437]]
SUBSCRIBE TO OUR NEWSLETTER
Your daily good stuff - AsiaOne stories delivered straight to your inbox