Former 1MDB CEO: I fell for the ruse set up by Jho Low

KUALA LUMPUR - Former 1Malaysia Development Bhd (1MBD) CEO told the High Court that he had fallen for the “ruse” set up by fugitive financier Low Taek Jho, or better known as Jho Low, in the scandal involving the sovereign wealth fund.

Datuk Shahrol Azral Ibrahim Halmi, who was cross-examined by lead counsel Tan Sri Muhammad Shafee Abdullah, said it was Low’s “specialty” in making people feel comfortable that he (Low) was acting in their best interests.

Shafee was asking the witness about Brazen Sky Ltd, a special purpose vehicle (SPV) which was set up on July 12, 2012, for the purpose of repatriating 1MBD’s money.

In Shahrol’s witness statement, he said Brazen Sky was established as a transit to bring back the investment from Petrosaudi Oil Services Ltd which operated in Venezuela. 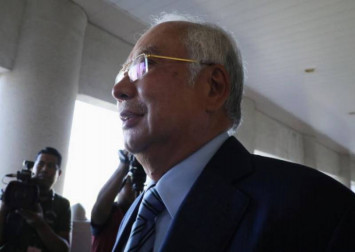 Shafee: Why was the company created? Why can’t you just let the money return to 1MDB?

Shahrol: The reason that Jho Low explained to me was because the market was unfavourable to liquidate all of the units at once, so he proposed we do it bit by bit (gradually).

Shafee: But in hindsight, you now know that this was untrue, and the fund was being managed by Jho Low.

The lawyer suggested that the company was set up to give the appearance that some money was coming into Brazen Sky as a part of Low’s “ruse”.

Shafee: Jho Low’s specialty is making people believe they are receiving money that is legitimate.

Shahrol: In short, his specialty is in making people comfortable that he was acting in their best interest and that the money was legitimate.

Shafee: In a way, you yourself have taken up the ruse set up by Jho Low.

Shafee suggested that his client, Datuk Seri Najib Razak, was also duped by Low, to which Shahrol said he could not comment. 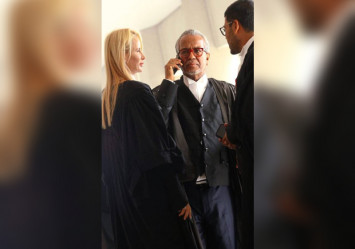 The witness also insinuated that Low was the “shadow director” of 1MDB and not the former prime minister.

To a question by Shafee, Shahrol said that he was not involved in the decision-making and transaction on repatriation of 1MDB’s investment, but rather giving the directive to 1MDB’s lawyer, Jasmine Loo.

He said he acted on instructions and action plans given by Low as he believed that the instructions came directly from Najib.

Shafee: I am very perplexed by this. Contrary to the prosecution’s case, what you have testified is that Jho Low is the shadow director of 1MDB, and not my client. Everything Jho Low said, you carried it out.

Shahrol: Because I believed that he was acting on behalf of the shareholder (Najib).

Shafee: But you never checked with the shareholder.

Shahrol: There were one or two occasions.

Shafee: One or two, but many things you didn’t check.