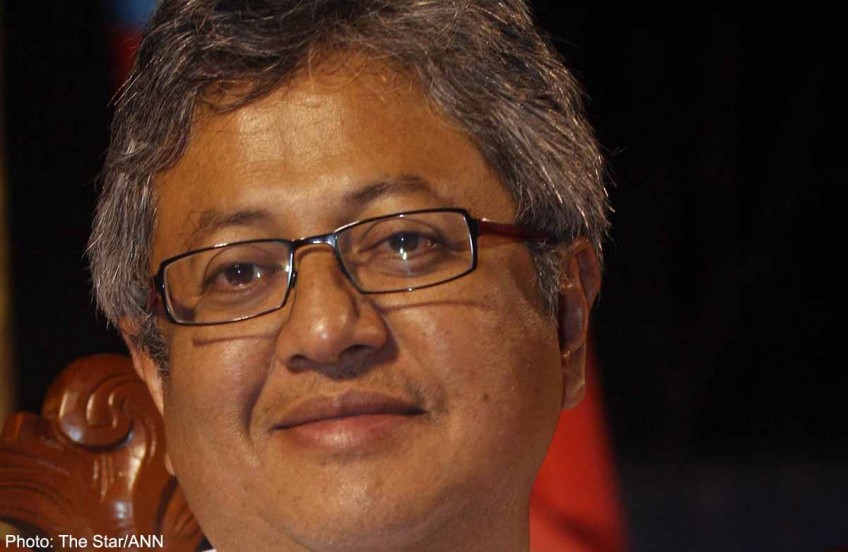 PETALING JAYA - Former minister Datuk Zaid Ibrahim (pic) is ready to square off against PAS in court for the second time to stop the party from introducing hudud.

Zaid said he was prepared to file an application at the Federal Court to seek a declaration that Kelantan had no power to legislate the Islamic criminal law.

The former Minister in the Prime Minister's Department filed a similar application in 2002 against the PAS-led state governments of Kelantan and Terengganu, which he later withdrew.

PAS on Thursday inched a step closer to enforcing the law after amendments to the Syariah Enactment (11) 1993 was passed at the Kelantan assembly.

The proposed amendments to seven key criminal offences aims, among others, to increase rotan lashes to up to 100 for apostasy, illegal sexual intercourse, alcohol consumption, making unproven accusations of illicit sex, theft and robbery, and causing hurt and murder.

The Syariah Courts (Criminal Jurisdiction) Act and Article 76A(1) of the Federal Constitution will need to be amended to make hudud enforceable.

PAS is expected to do this via two Private Member's Bills which are expected to be presented in the Dewan Rakyat in May.

Zaid said he would also consider the possibility of being part of a joint legal bid if there were several individuals or organisations planning to mount a challenge.

Terengganu during the administration of PAS from 1999 to 2004, also introduced a Syariah Criminal Offences (Hudud and Qisas) Bill which was passed on July 8, 2002.

"This hudud issue has gone beyond being a political game and is endangering the very unity and foundation of this country.

"Our Constitution is our identity. So when you do something which violates its spirit, then everybody must have a say because hudud is not a personal law, but a criminal law that will affect everyone."

Zaid disagreed with the argument that the law would not affect non-Muslims.

Citing an example, he said that in a case of either rape, sodomy or adultery involving a Muslim and non-Muslim, there was a possibility that the Muslim would be acquitted if there were no witnesses as required under hudud.

However, since the Penal Code's standards in requiring evidence was different, there was also a chance that the non-Muslim whom hudud would not be applicable to would be found guilty based on medical evidence or DNA as there was no need to produce witnesses.

Zaid said it was possible to change Malaysia's criminal law so that PAS' version of hudud could be imposed on everyone, but it must be done the right way, for example after a referendum.

He said PAS must first ask the Malay Rulers, as the custodians of Islam in the states, whether they were agreeable.

PAS, he said, also needs to back up its claim that the people in Kelantan were in favour of the law.

Zaid also noted that an agreement from Sabah and Sarawak would be required if there was a bid to make hudud the criminal law for the whole country.

"Both states have residual powers under a constitutional arrangement which allows them to object to any law that will alter the character of Sabah and Sarawak," he said.