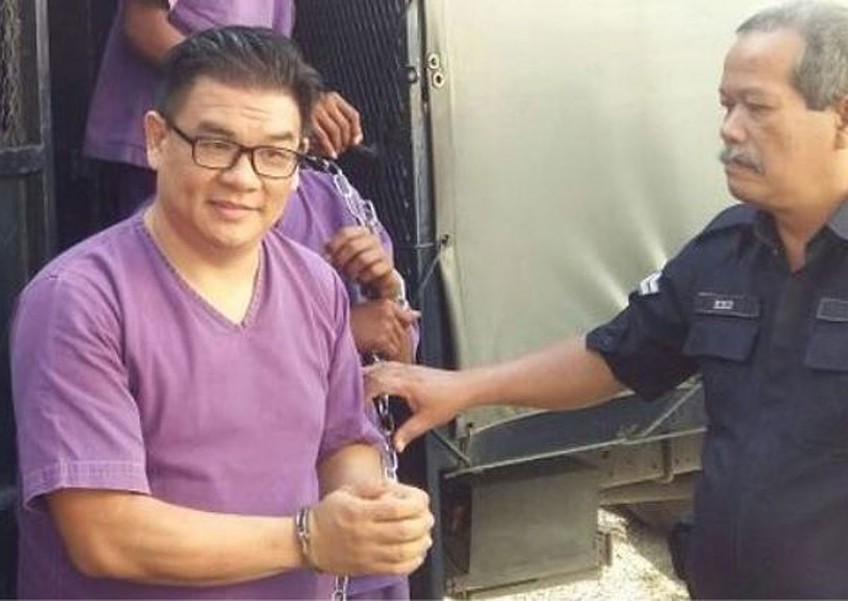 Hew being escorted into the courtroom at the Kulai magistrate's court on Tuesday.
The Star/Asia News Network

On Tuesday, Magistrate Ahmad Farid Ahmad Kamal allowed Hew to be remanded until March 24 to assist investigations under Section 233 (1)(a) of the Communications and Multimedia Act 1998.

He is being investigated for improper use of network facilities or services to make an offensive remark with the intent to annoy, abuse or harass another person.

It was reported that Hew was arrested at the Penang Asia Comic Cultural Museum in Penang at about 1pm on Monday.

In a Facebook post on March 13, Hew had allegedly made a reference of Najib and Rosmah to Disney characters in the movie Beauty and the Beast.