Friends shocked over brutal slaying of cashier outside pub 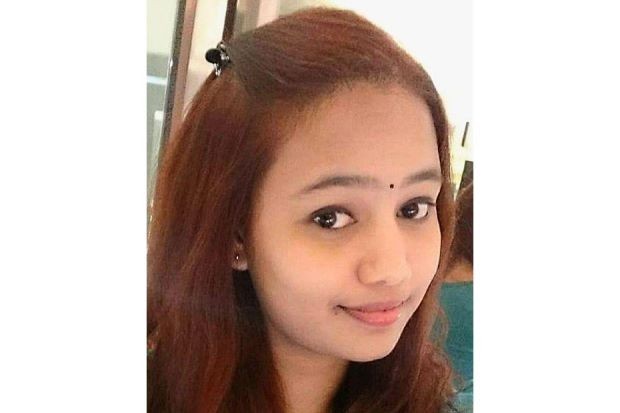 KUALA LUMPUR - Friends of Mythuri Raja, who was hacked outside a pub in Jalan Dutamas 1 here, are stunned by the brutal death of their buddy who they knew as a good and kind person.

An event crew member, who wants to be known only as CK8, recounted the telephone call he received at about 3.30am on Thursday, notifying him of the tragedy that had befallen his 23-year-old friend.

"An unknown person picked up and told me what had happened. I went to the pub but Mythuri had already been sent to the hospital. I saw blood all over the valet parking area," said 22-year-old CK8.

"She was a bit reserved with people she did not know but she was a good girl; a nice girl. She was kind to everyone," he said.

CK8 said the assailants should have shown some mercy, especially to a woman.

Sentul OCPD Asst Comm R. Munusamy said police had recovered three ski masks and five parang believed to have been used by the suspects during the attack at about 11pm on Wednesday.

Mythuri, who was a cashier, and pub worker Mogan M. Sandran, 21, were slashed to death while another man, known only as Allen, was critically injured in what looks like a revenge killing by a group of at least six armed men.

ACP Munusamy said the six suspects were arrested in a series of raids on Thursday.

"Revenge is the main motive being investigated," he said.

ACP Munusamy said that the third victim, who is 26, had wounds to his head, left palm and right ankle.

Based on CCTV footage, two vehicles had stopped in front of the pub and the masked men rushed out.

One of them approached the victims who were sitting in front of the pub and began attacking them while others were seen going into the outlet.

The attack was swift and the suspects fled the scene in the same vehicles they came in.