GENTING HIGHLANDS - Since its debut in late 2017, Crockfords Hotel at Resorts World Genting has established itself as the epitome of luxury service.

Enveloped by clouds 6,000 feet above sea level and evoking a modernistic feel of posh London mansions, Crockfords now has its sterling reputation confirmed by the Forbes Travel Guide.

In the new 2019 Forbes Travel Guide Star Ratings, announced on Feb 20 in New York, Crockfords received the Five-Star award - the only hotel in Malaysia to receive such an honour and one of only 210 hotels worldwide bestowed with Forbes Travel Guide's most prestigious ranking.

"We at Resorts World Genting are thrilled. From the outset, we have strived to create a space worthy of the prestigious name of Crockfords, sparing no expense to deliver an unparalleled experience," said Datuk Edward Holloway, executive vice president of Leisure & Hospitality, Resorts World Genting in a statement. 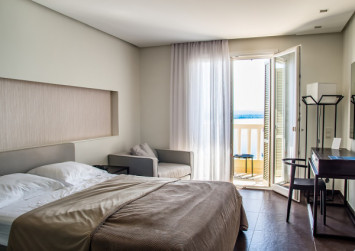 Entering its 61st Edition, the Forbes Travel Guide Star Ratings is the oldest travel guide in the United States and is now globally considered as the foremost benchmark of the world's finest luxury hotels, spas and restaurants.

Scores on a ratio of 75 per cent for services and 25 per cent for quality of property are done anonymously and unannounced by auditors using a proprietary algorithm.

To qualify for a Five-Star Forbes Travel Guide rating, a hotel must receive a rating of at least 90 per cent and is the hospitality equivalent of a 3-Star Michelin rating for a restaurant.

With this award, Crockfords joins an elite group of hotels, including Hong Kongs' Ritz Carlton, Four Seasons, Langham, Mandarin Oriental, Peninsula and the Island Shangri-la. In Bangkok, the Peninsula, St Regis & Mandarin Oriental were once again on the Five-Star list.

Closer to home in Singapore, the Capella, the Mandarin Oriental and the Fullerton Bay maintain their Forbes Five-Star status.