Govt will not compromise on issues of national security, says Najib 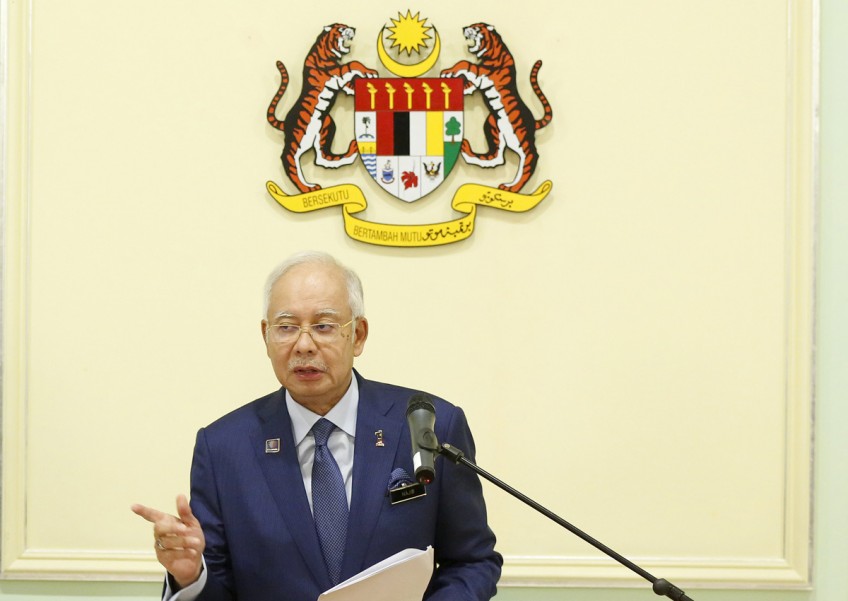 PETALING JAYA - The government will not compromise with those who threaten the sensitivities of other races, said Datuk Seri Najib Tun Razak.

In a statement on Friday, the Prime Minister assured that police would investigate those who incited racial hatred at Sept 16's red shirt rally and those found to be in the wrong would be charged under the Sedition Act.

Najib said that organisers of Himpunan Rakyat Bersatu had been granted a permit by the police to gather because they did not have any intention to topple the government, there were no preparations for any event at the venue, and the organisers had received the consent of the Kuala Lumpur City Hall (DBKL).

He said the Bersih 4 rally on the other hand had been declared illegal as the organisers wanted to topple the government and were demonstrating at a venue close to where the National Day parade preparations.

"The rally however went on without any restrictions by the authorities," he said in a statement on Friday.

Najib added that the government had come up with the Peaceful Assembly Act 2012 as it was important to give space for the people to speak out.

"If they are not given this space, they would find other ways to voice their opinions," he said.

The red shirt rally at Padang Merbok on Wednesday ended peacefully although there was trouble in Petaling Street as protestors clashed with police.