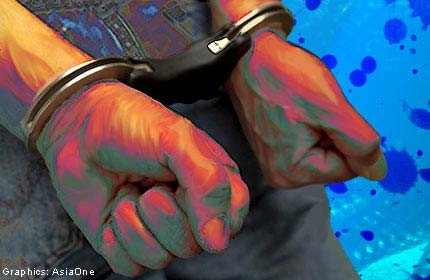 PETALING JAYA - Tagging former criminals with an electronic monitoring device or EMD after they serve their sentence is against their rights, say human rights groups.

According to Bar Council Human Rights Committee co-chairman An­­drew Khoo, criminals are considered free after they serve their time in prison.

"If they have already served their punishment, technically they should not be under any other order," said Khoo in commenting on a police proposal to use EMDs on hardcore criminals once a new preventive law is passed.

"It is a different matter if the criminals are being released early or put on parole, in which case, wearing an EMD would be like a bargain for early release."

In Malaysia, the device is presently used only against those detained under the Security Offences (Special Measures) Act.

However, with the recent space of shootings linked to turf war between gangs, which certain quarters had argued was a result of the release of "thousands of hardened criminals" after the abolition of the Emer­gency Ordinance, police are considering all measures, including electronic tagging, to contain the problem.

According to Association for the Promotion of Human Rights (Pro­ham) chairman Tan Sri Simon Sipaun, tagging released convicts is an invasion of privacy.

"If police were to release criminals, they should not force them to wear the device," said the former Suhakam vice-chairman, who added that it appeared illogical for a person to be labelled a hardcore criminal and yet be allowed to walk free.

"The intention behind the idea may be good, but if they are proven to be hardened criminals, then they should not be moving freely.

"It does not make sense for a person to be labelled a hardcore criminal, yet he is not under arrest or under police custody," he said.