Hasan: I'm ready for the job 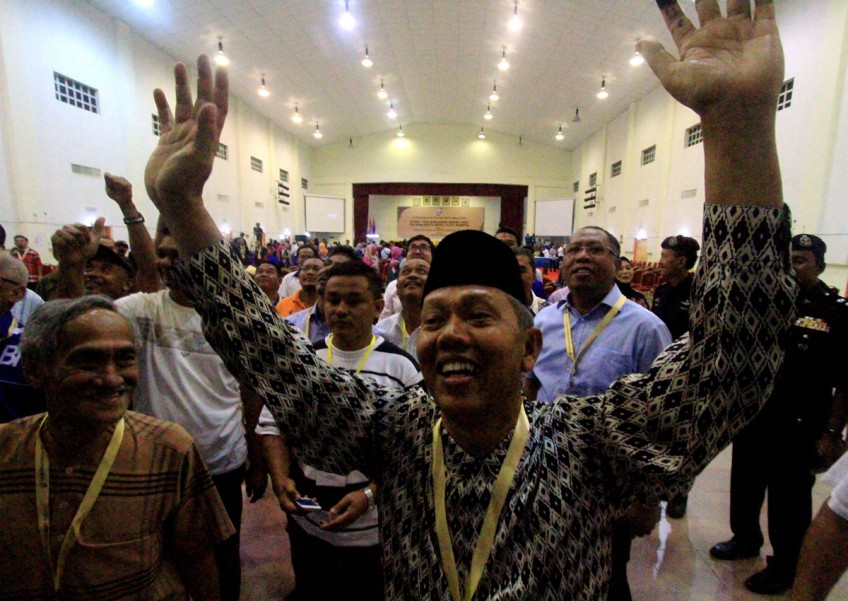 Newly appointed Public Accounts Committee chairman Datuk Hasan Arifin will not succumb to pressure from any quarter when he leads the investigation into the 1Malaysia Development Bhd (1MDB) issue.

The Rompin MP, who replaced Datuk Nur Jazlan Mohamed, even went as far as to promise that the investigation would proceed fairly, without fear or favour.

"The 1MDB investigations will not be delayed, and I will do my duties as best as I can.

"I am ready for the job, and I have no problems handling the matter," he said at a press conference at the Parliament lobby minutes after the motion to appoint him to the post was passed by the Dewan Rakyat.

Acutely aware of the negative perception surrounding his appointment and the 1MDB controversy, Hasan sought to reassure people that the investigation was a priority and would be sped up.

On his readiness for the task, Hasan said he was confident that he could lead the 1MDB investigations.

"I had no hesitation taking up the job. It is a challenge, and somebody must be able to take the responsibility," he said.

"The Government has promised that it (the 1MDB issue) will be investigated, and the government MPs have said that we will speed up investigations and produce a report for the Dewan Rakyat.

"I cannot say when exactly I can call for a PAC meeting, because I have to wait for the other appointments, but if I can call for one within this sitting, then certainly I will," he said.

Besides Nur Jazlan, three other PAC members who are Barisan Nasional MPs also had to leave their posts when they were appointed in the Cabinet reshuffle.

Hasan said the Parliamentary Select Committee had to meet and appoint the three new members before he could call for a meeting.

On the fate of Tony Pua (DAP - Petaling Jaya Utara) as a PAC member, Hasan said his position would be decided when the committee held its first meeting.

"I want to have a PAC meeting first. I don't want to rely on people's perception to decide on his appointment, even from Barisan MPs themselves.

"Let us meet first and then we will make a decision," he added.

It was later passed.