Keep them clean: Malls have been told to sanitise their trolleys, child rides and public benches in the wake of the HFMD outbreak in Penang.

GEORGE TOWN - Health inspectors investigating the spread of the hand, foot and mouth disease (HFMD) in Penang have narrowed it down to the supermarket trolley.

The HFMD virus was found on the handlebars of the trolleys and on child ride equipment in supermarkets.

HFMD spreads by contact with nasal discharge, saliva and faeces, and fluids from the blisters of an infected person.

The disease has been spreading fast among children here, mainly in the island's urban northeast district. 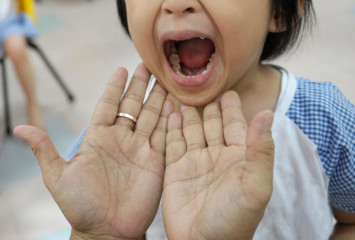 However, the number of new cases reported since Wednesday has dropped.

"We recorded 78 cases on Wednesday, followed by 52 and 51 on Thursday and Friday.

"However, the cumulative number of cases is still high at 2,341 so far this year compared to 1,099 cases in 2017 over the same period," he told a press conference yesterday.

"Nine victims are undergoing treatment in hospitals," he said.

Commenting on claims in social media of HFMD fatalities, Dr Afif told reporters there was no such confirmation yet pending a mortality review by the Health Depart­ment.