Holiday turns into nightmare for family in Selangor 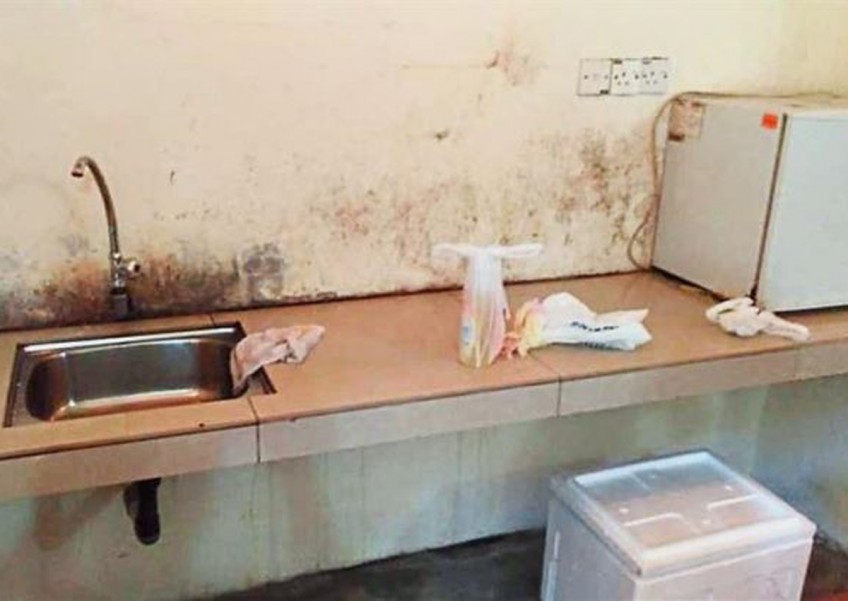 A woman and her family had the shock of their lives when they found out their vacation house is filled with mould and grime.
The Star/Asia News Network

PETALING JAYA - A family of 14 was looking forward to an idyllic vacation in Hulu Langat, but it turned into a nightmare when a bungalow that they rented for the night turned out to be almost inhabitable.

One of them, who wanted to be known only as Emma, took to social media to complain about the condition of the bungalow that the family had rented for RM400 (S$128) a night last Saturday.

"Pictures of the bungalow as advertised by the booking agents look pleasant, but when we arrived, it was dilapidated. Was someone murdered in this house?" she posted on Monday.

She also shared that furniture such as sofa, beds and mattresses looked unclean and basic amenities such as a kettle were not provided by the management.

"Rubbish bin bags were not provided, the refrigerator was rusty and I was afraid to use it. Toiletries and towels were not provided as well. Imagine not having all these things even though you have paid such a high price!"

Her family, which includes four children and two senior citizens, had to stay the night there as they had only realised the decrepit condition of the house late in the evening.

"We were a large party and some of us had come from far away so it was not easy to find alternative accommodation," said Emma, who stays in Bukit Beruntung, Selangor.

One of the photos she shared on her post showed a signboard of the resort, which indicated that it was under the management of Tourism Selangor Sdn Bhd.

Emma said that she received a call from an individual who claimed to represent the resort management, telling her that she would be compensated if she deleted her post.

"As a consumer, I have the right to post about it because it may affect other visitors," she told mStar Online when contacted on Tuesday.

"I hope the resort will be closed temporarily until renovation works are done because currently it is not fit for human habitation," she said, adding that she will lodge a report to the authorities especially Tourism Malaysia if no measures are taken.

Tourism Selangor when contacted said action was being taken to re­solve the problem.