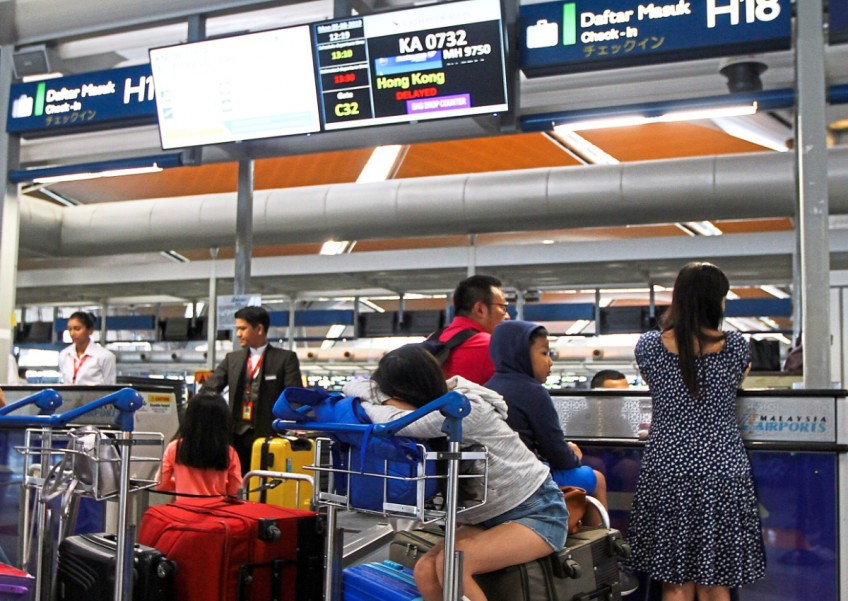 Change of plan: Passengers waiting at KLIA after the flight to Hong Kong was delayed.
The Star/Asia News Network

SEPANG, Malaysia - As protests in Hong Kong escalate, tourists wanting to return home were disappointed at the KL International Airport. They had to make last-minute travel arrangements as some flights were cancelled, others delayed.

Yan Lo, who is in her 30s, said her afternoon flight back to the island territory had been cancelled.

Along with her husband and two children, the teacher had been travelling around Malaysia for the past nine days.

"The airline arranged for a different flight for us," she said.

"We don't know if the next flight we are on will still go on or what the situation in Hong Kong would be like by then," she said at KLIA yesterday.

Another Hong Kong tourist,Edward Li, said his afternoon flight had been delayed to a night flight.

The 41-year-old teacher was in Malaysia for the last six days with his four students. They were on holiday.

"Due to the situation in Hong Kong, the plane has been delayed," said Li.

"Since I have a few students with me,I need to make arrangements quickly," he said.

Sharon Chan, 29, said her flight had been delayed and would only take off this morning.

The sales administrator had been in Malaysia for a business trip and a vacation.

"It's still bearable," she said.

"The airline arranged another flight for me very quickly, but they didn't mention what we should do in the meantime.

"It's an overnight wait, so I need to make arrangements because I did not expect to have to prepare for one more night of accommodation," she added.

Civil society advocate Tan Sri Dr Michael Yeoh, formerly of the Asian Strategy & Leadership Institute (Asli), was among those who were affected.

"My flight to Hong Kong today (yesterday) was cancelled because of the Hong Kong protest and strike," he posted on his Facebook.

He also uploaded an airline note, informing him of the cancellation.