How to identify fake eggs from the real ones

See the difference: The fake egg (left) is said to have a more yellowish yolk than the normal egg.

W.T.M. Why This Matters
Recently a Facebook user claimed that he was served "soft boiled synthetic eggs" at a coffee shop in Ang Mo Kio. The AVA has since clarified the eggs are real - phew! But how do you know if an egg is fake when you see one? Here are some tell-tale signs to look out for.

KUALA LUMPUR: With talk that fake eggs are being sold in the country, consumers should look out for certain characteristics to make sure that the eggs they buy are genuine.

When stories of fake eggs first surfaced in the Malaysian market in 2011, the Consumers Association of Penang (CAP) carried out a comparison between the real and fake eggs.

The fake eggs, the association claimed, had a rougher surface and were larger in size than real eggs.

At that time, CAP president S.M. Mohamed Idris said the yolk of the fake egg was more yellowish, adding that there were no signs of chalaze, which was the opaque ropes of egg white holding the yolk. 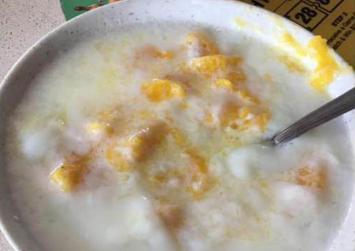 It was also reported by the CAP that when the egg was broken, real eggs smelled like raw meat whereas the fake ones had no smell.

In a video that went viral on social media last month, a woman had boiled the eggs she bought only to find that the texture of the yolk was rubbery.

The fake eggs most likely originated from China.

A do-it-yourself version of the fake egg was shown on the China-based English website chinahush.com.

Another characteristic of a fake egg is that when it is shaken, there will be the sound of liquid because the water inside does not gel together with the solidifying agent.

The Health Ministry mentioned in a statement released two days ago that fake egg shells were made of chemicals such as calcium carbonate while the egg yolk and white were made of sodium alginate, gelatine, alum, benzoic acid, calcium chloride, water and other chemical components similar to what had been discussed online.

This story was published in The Star in 2014.