People pass posters of Mahathir Mohamad and Anwar Ibrahim at a Kuala Lumpur rally in 2018.

Malaysia's turbulent political scene is the arena for warring factions from both the government and the opposition, but one rivalry stands out amid the machinations to consolidate power - that between ex-premier and elder statesman Mahathir Mohamad and his former deputy, democracy icon Anwar Ibrahim.

The long-standing tensions between the two politicians have an almost mythical status, beginning as they did in the 1990s and continuing to play out before the eyes of a new generation of voters.

As Anwar's Pakatan Harapan coalition attempts to wrest power from the ruling Perikatan Nasional alliance and "return the mandate to the people", questions of who will take the helm from Prime Minister Muhyiddin Yassin continue to plague the opposition - which many political watchers feel still needs Mahathir's firepower and experience to carry it through.

Muhyiddin, who came to the role in March following an internal coup in Mahathir's party, is working to shore up support from his old allies turned nemeses turned allies once more - the United Malays National Organisation (Umno) and right-wing Islamic party PAS.

What is the current state of affairs between Anwar and Mahathir?

The leaders are currently at loggerheads over who is to become prime minister should Muhyiddin lose his majority in the country's 222-representative parliament - a possibility given his razor-thin current margin.

Muhyiddin is facing a vote of no confidence when parliament reconvenes next month, though there is a possibility the nation will head to snap polls to solve the tussle.

A transition plan for Mahathir to take on the role for six months, with Anwar serving as his deputy and successor, was rejected by Anwar and his People's Justice Party (PKR) despite being put forward by its partners in Pakatan Harapan, the Democratic Action Party (DAP) and the National Trust Party (Amanah).

In an interview with a local daily, Mahathir said he would exit what has been dubbed "Pakatan Harapan Plus" - a compact between the former ruling coalition and its allies - if he had to, and expressed doubt Anwar had enough popularity to command a parliamentary majority.

Mahathir and Anwar are vying to reclaim power from Perikatan Nasional, which formed government in February after the Malaysian United Indigenous Party (PPBM), of which Muhyiddin is president, quit Pakatan Harapan. Mahathir is the contested chairman of PPBM.

According to insiders, the two maintain a "cordial" relationship despite their "strong opinions". The relationship is further complicated by their long history, said political scientist Awang Azman Awang Pawi, and any enmity would be construed as permanent if Mahathir, 94, did not make way for Anwar, who is 72, to serve as premier.

"Amid the problems facing Pakatan Harapan now, the best option is to have Anwar lead the coalition and bring new momentum - Mahathir's previous leadership saw it fall as the federal government," he said.

Mahathir has also kept his sights closely trained on his predecessor, Najib Razak, who is currently on trial for scores of corruption charges but has seen a revival of popularity among the Malay vote bank - key to winning elections in Malaysia.

In an interview with This Week in Asia, Mahathir underlined that Najib was still the bigger threat, with Muhyiddin merely being a weak acolyte of the Umno strongman.

In the interview, Mahathir said that he and Anwar "have to be together". "Without being together, we will not have the kind of clout we need to unseat the government, and the government has a frail majority," he said.

What impact did Pakatan Harapan's 21 months in power have on Anwar-Mahathir relations?

Pakatan Harapan came to power in May 2018 in landmark electoral results that saw the Umno-helmed Barisan Nasional coalition toppled for the first time in more than six decades.

The alliance swiftly set about making a slew of reforms and legislative changes, although its speed was sometimes decried by activists and voters who had hoped for a faster pace.

During their 21 months in power, questions of transition were frequently posed - specifically, when Mahathir would make way for Anwar to become prime minister as per the alliance's election manifesto.

Read Also
Is it the end of the road for Mahathir? 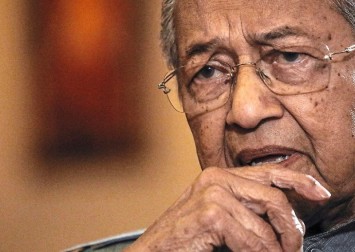 Although no strict time frame had been laid out, it was understood that Anwar would lead the alliance in the 2023 elections.

While this was happening, Anwar's former lieutenant Azmin Ali, who served as PKR deputy president, began pulling away from Anwar in the hopes of wresting power for himself.

Their mentor-protege relationship quickly soured, mirroring what had happened to Mahathir and Anwar two decades prior.

Azmin's tensions with Anwar, as well as a leaked sex tape allegedly depicting him and another man, saw the escalation of infighting between rival camps within PKR.

"Mahathir used Azmin to break Anwar's support inside the party by giving Azmin a senior minister role to build his network of patronage," said James Chin of the University of Tasmania's Asia Institute. "Mahathir has always believed that Anwar should not be prime minister."

How and why did Anwar and Mahathir mend ties and team up for the 2018 elections?

Despite their fractious relationship, Anwar and Mahathir teamed up for the May 2018 polls united by a common cause: To take down the Umno-led government they described as "kleptocratic".

Read Also
Anwar doesn't have majority support, I only want to help him, says Mahathir 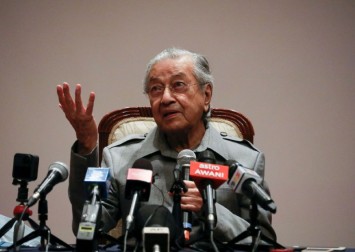 Mahathir, a former Umno member himself, quit the party in 2016 after widespread graft allegations against Najib over the 1MDB global financial scandal. Muhyiddin, who is now prime minister, was dropped as deputy prime minister and sacked from the party for criticising Najib.

When the elections were held, Anwar was in prison for the second time after being found guilty of sodomy - a crime in Malaysia - and could not run.

Mahathir and Muhyiddin, along with Anwar's wife and PKR leader Wan Azizah Wan Ismail and the leaders of the other component parties, managed to take down Najib's government. Soon after this, Anwar was granted a full royal pardon and ran in a by-election to return to parliament, ostensibly paving his way to premiership.

What was the genesis of tensions between Anwar and Mahathir?

Also an ex-Umno member, Anwar was a political prodigy during Mahathir's first stint as premier from 1981 to 2003. Joining in 1982, Anwar rose through the ranks to become both finance minister and deputy prime minister by 1993.

However, just five years later Anwar was sacked from the party and his position on accusations of sodomy and corruption, spurring him to start a reformation movement along with thousands of supporters demanding Mahathir step down. Anwar was soon after arrested and imprisoned.