Hubby elopes - with his best man 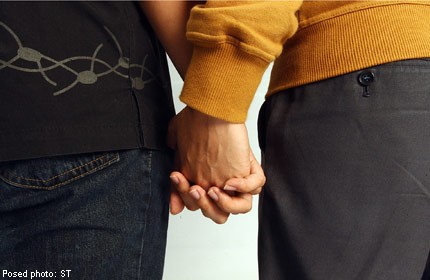 MALAYSIA - An executive in a private firm was distraught and heartbroken after her husband of two years recently eloped with the best man at their wedding, reported Harian Metro.

The woman, known only as Rozita, in her 30s, had married her husband after 10 years of courtship.

Rozita's nightmare began on her wedding day when the best man, also in his 30s, suddenly burst into tears and asked her to take good care of her husband.

She told the daily that she did not know the man personally, adding that her husband had only introduced him as an "acquaintance".

After her wedding, Rozita said she noticed that the two men frequently contacted each other, calling and texting.

She claimed that there were some "inappropriate" messages sent to her husband by the man as well as changes in his behaviour.

"My husband earns well but he ended up borrowing RM100,000 (S$38,800) from a loan shark without a reason. The family only found this out when the loan shark came to us," she said.

Rozita said she now only communicated with her husband via text messages, which could take him a few days to respond.

The case had been referred to the Selangor Islamic Religious Depart-ment and the Islamic Consumer Association of Malaysia.