Hudud not suitable for Malaysia: Musa 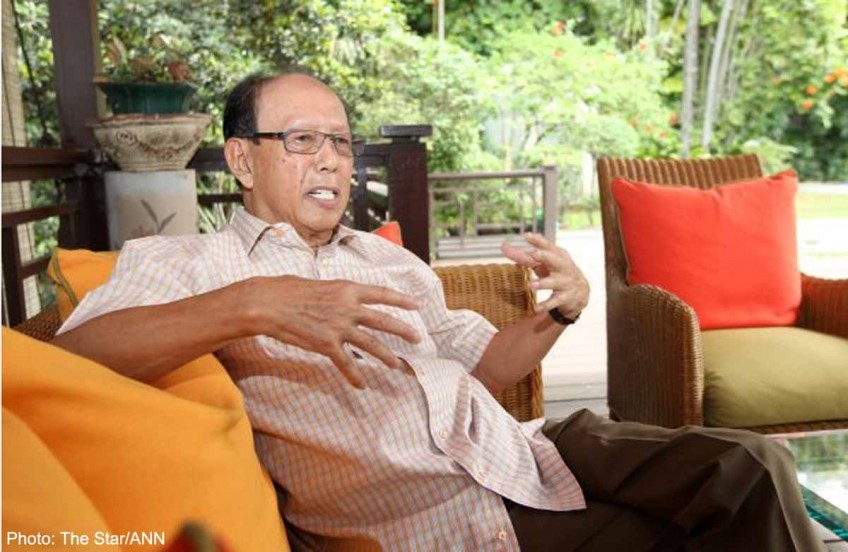 PETALING JAYA - Malaysians should neither be surprised nor shocked by PAS' move to implement hudud, says Tun Musa Hitam (pic).

The former deputy prime minister, who is at the World Islamic Economic Forum in Spain, pointed out that PAS had consistently championed hudud in its manifesto over the years.

"All opposition parties in Pakatan (Rakyat) shouldn't pretend not to know this," he said in a statement issued yesterday from Cordoba.

Musa, however, said he was very disappointed with Umno for not making its stand on hudud clear.

"I have been concerned for some time with Umno's policy and agenda on the issue.

"This is a national issue with far reaching implications to the country, both domestically and internationally," he added.

As far as hudud is concerned, Musa said Umno cannot afford to be seen as trying to outdo PAS.

"Umno should not be trying to out-PAS PAS!"

Personally, Musa is of the opinion that hudud is not suitable for the country.

"As a former Umno stalwart, I firmly believe that Umno, since its formation and until now, knows hudud is not appropriate for multi-ethnic and multi-religious Malaysia.

"If I'm wrong about this, Umno should determine its stand as soon as possible. This is such an important issue. It cannot just be ignored," he said.

Musa warned that Umno, which has served both the Malays and the country for the longest time, will face grave repercussions if it fails to handle the issue well.

"Umno shouldn't allow itself to self-destruct."