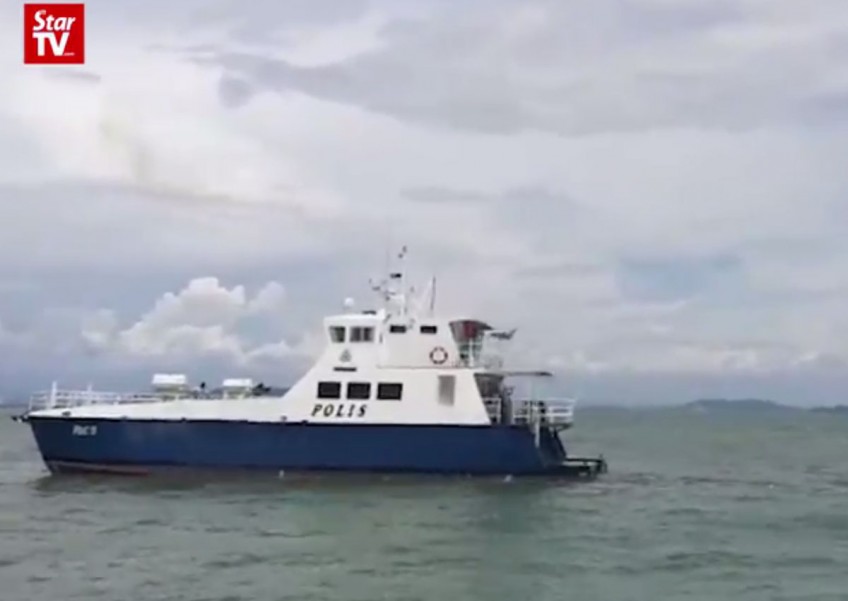 GEORGE TOWN: Human trafficking of migrants has taken over drug trafficking as the biggest problem in the Straits of Malacca.

Marine Police Commander Senior Asst Comm Datuk Abdul Rahim Abdullah said the threat, while being contained, still posed a major challenge to the marine police with every available resource being diverted towards eliminating this menace.

"We are monitoring the straits and co-operating with our counterparts from neighbouring countries in crippling the syndicates involved in such activities.

"We're sure that many more are smuggling people into countries such as Malaysia, Australia and the Pacific islands," he told reporters after a mock rescue mission on 'saving kidnapped police personnel from pirates' at the Batu Uban marine base yesterday.

The exercise was held to mark the four-day Third Maritime Border Patrol Coordinating Group Exercise between Malaysian and Indonesian marine police which began on Sunday.

SAC Abdul Rahim said drug trafficking was also a serious menace but human trafficking had spread its 'tentacles' so wide that it had become a lucrative business where the market for each migrant was almost RM10,000(S$3,156).

"Monitoring the Straits of Malacca is an arduous task as more than 10,000 ships ply the waters every month.

"Intelligence gathering and information sharing have been a major tool for Malaysia and Indonesia in monitoring human trafficking," he said.

The meeting, said SAC Abdul Rahim, would look into more effective ways to gather intelligence and share information with other countries on human trafficking.