Hundreds of freshwater fish have been found dead at the historic Sungai Melaka waterway after a major pollution incident that was partly caused by the discharge of industrial waste.

Melaka Health and Anti-Drug Committee chairman Low Chee Leong said the incident on Monday (May 20) was "unforgivable", and called on the authorities to take stern action against the polluters.

"Melaka residents fret over the pollution of our historic river, and this is a major incident this year," he said, after visiting the site of the incident at the cruise ferry service hub in Taman Rempah.

Mr Low said the river pollution resulted in the deaths of freshwater fish within hours.

"The pollution stretches almost 5km and efforts are being made to remove the dead fish before they submerge to the bottom of the river," he said, adding that the incident could lead to health complications for those residing along the riverbank. 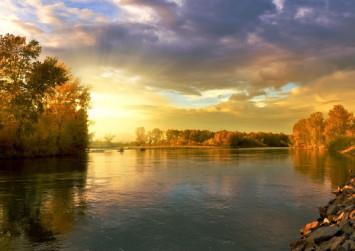 Mr Low said the state Department of Environment (DoE) was still investigating the source of the pollution, but preliminary findings pointed to effluent discharge from the Batu Hampar tributary in the Malim district nearby.

"Our main concern is that bacteria on the carcasses may multiply and diminish the river's oxygen level, which could lead to the second wave affecting other aquatic lives," he said.

"This incident is unacceptable as the state depends on tourism. The unbearable pungent smell would drive away visitors," he said.

Mr Low said there were many industries along the riverbank and that detailed laboratory tests could help to trace the polluters.

Mr Azlan said a police report would be lodged over the incident.

"The report is part of the procedure and we will take the next step after the DoE releases the toxicology findings," he said.

This article was published in The Straits Times. Permission required for reproduction.