Husband of late marathon runner: We were supposed to grow old together

KUALA LUMPUR - The wee hours of Thursday morning were the loneliest that Dennis Loo, the husband of late marathon runner Evelyn Ang, had ever felt.

"(She) was supposed to be my soulmate. We were supposed to grow old together, that was what we had planned," he told reporters after Ang's memorial service.

He said the pain and tragedy he went through was something he would not wish on others.

"I was given 81 days to be with Evelyn by her bedside.

"There were moments when I thought she would recover but as the days passed, that hope slowly vanished," he said.

However, Loo added, talking to family members of other patients reminded him to be positive, just as Ang had been.

"Anyone who knew Evelyn knew that she was a very positive person. She had her personal sorrows, but she never let them hold her back.

"I will keep living and learn how to cope. But if you ask me, I think I'm not ready to let her go," he said. 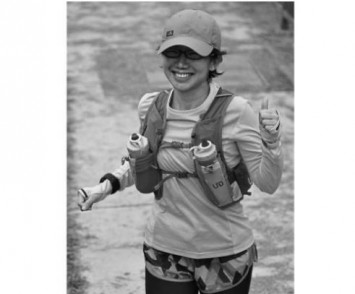 Ang passed away after suffering a cranial fracture and bleeding in the brain from being hit by a car during the Klang City Inter­national Marathon on Dec 10.

She succumbed to her injuries at about 1.30am on Thursday.

Julie Wong, Ang's friend and a road race director, called upon the authorities to establish standard guidelines on organising races.

"For the past 10 years, road race organisers and directors have brought running to a different level, putting in a lot of effort to make sports, especially running, a community event.

"However, until now we have not seen anything from the Malaysian Athletics Federation and state athletic bodies regarding what they consider to be standard safety for road running," she said.

Wong said she and other road race directors had a discussion with Sports commissioner Datuk Zaiton Othman on Feb 12, during which they collectively proposed eight recommendations for improving road race safety.

According to Wong, Zaiton said that a townhall meeting with race directors, athletic bodies, race organisers and vendors to discuss race safety issues would be organised this month, although no date had been given.