I am no thief and I will clear my name: Najib

KUALA LUMPUR - Embattled former premier Datuk Seri Najib Tun Razak, who has been slapped with 25 fresh charges in relation to the controversial RM2.3 billion (S$759 million) found in his personal accounts, has once again reiterated that he is not a thief.

"As we all know, the RM2.3 billion issue was used relentlessly to criticise and tarnish my name all this while.

"All the charges today will give me a chance to clear my name (and prove) that I am not a thief.

"I hope my journey in court will uphold the truth and silence this RM2.3 billion issue once and for all," he said to reporters before leaving the Kuala Lumpur High Court yesterday.

Asked if he was confident of winning the case, Najib hoped that his ongoing court trial would be able to prove that the rule of law did indeed exist in Malaysia.

"I don't want to make any statements that can be deemed as sub judice. But for me and my team of lawyers, God willing, we have the facts on our side," he added.

Najib subsequently downplayed the charges he received yesterday, saying that once the public comprehended the facts and figures behind the case, they would realise that it was not such an "explosive" accusation.

"Once we understand the facts and do some calculations, we will come to the conclusion that I returned a large sum of money right after the 13th General Election. 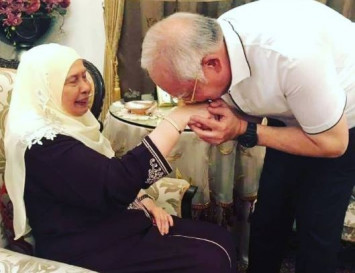 "I want to thank the Malaysian Anti-Corruption Commission (MACC) and the police for treating me well.

"I have no problems going through the legal process as long as I'm given justice and a chance to clear my name," he said.

Meanwhile, MACC deputy chief commissioner (operations) Datuk Azam Baki did not dismiss the possibility that Najib, along with his wife Datin Seri Rosmah Mansor, would be facing more charges in the near future.

"I'm not denying that," he said outside the court complex.

"I am very confident that we can win. I don't think they (the prosecution) can prove it," he said at a press conference outside the courthouse yesterday.

Muhammad Shafee added that he could say for sure that the prosecution did not use the law of money laundering.

He said the prosecution claimed that Najib directed a transaction to take place for the amount in the tune of about RM2bil and his client was said to have made RM40 million per transaction.

"About RM2 billion or about 90 per cent of the money was returned to the same account after the 13th General Election. How can my client be accused of committing money laundering?

"It is illogical," he said.