I am shocked too by Lim Guan Eng's acquittal, says Mahathir

PETALING JAYA - Tun Dr Mahathir Mohamad says the MACC "has a right to be shocked" with the acquittal of Finance Minister Lim Guan Eng, adding that he is too.

Dr Mahathir was asked about the Malaysian Anti-Corruption Commission's statement expressing shock over the acquittal by the Penang High Court.

A video clip of Dr Mahathir's media conference in the Brunei capital was uploaded onto the Buletin TV3 Facebook page. 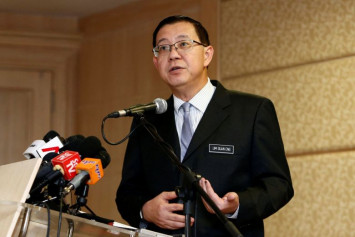 Asked to comment on the court's decision, Dr Mahathir said he had never questioned the decisions made by the courts.

"If the court makes a decision, which to me is wrong, I also never comment on it.

"This decision is made by the court, so we have to accept it," he added.

On May 14, two days after he named Lim as Finance Minister, Dr Mahathir said that the DAP secretary-general could only be officially appointed Finance Minister if and after he was cleared of his corruption case.

Dr Mahathir had said that the rule of law should be followed and that the government would have to wait until Lim was cleared of charges before he could be made a minister.