"I am sorry, but I was smiling because it's probably the worst performance of a politician in any country," said Justo, in reference to Najib's interview with Mary Ann Jolley.

"The answers were so vague, and then he was going to walk out, or maybe not," he told The Star here on Wednesday.

Speaking to Al Jazeera's 101 East in an exclusive interview that aired last Saturday (Oct 27), Najib was grilled over issues related to 1Malaysia Development Bhd (1MDB) and the RM2.6billion (S$860 million) deposited into his account, which he had claimed was a donation from a member of the Saudi royal family. 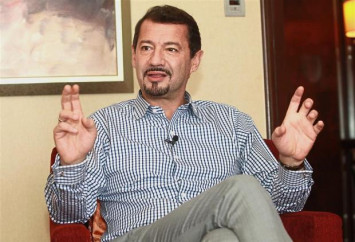 At one stage, the former premier threatened to walk out of the interview, saying that he had "assumed we were going to talk about the economy".

Justo, who himself has an interview coming out in November with Jolley, said that when confronted with the reality of criminal charges, different people react in different ways.

"You have only two options really - to deny the facts or confess the truth.

"If you are asked, it's either you don't go on TV or you go. If you go, you must be honest or you must be a good liar.

"If you are a very bad liar, everyone can see it," he said.

Justo is in town for the third time since Pakatan Harapan took Putrajaya in the 14th General Election in May.

He was a key speaker at the Anti-Corruption Summit 2018 organised by Transparency International Malaysia.