I make the decisions, says Mahathir

The Prime Minister will continue to decide on government appointments as long as the Parliament has not been empowered to do so, says Tun Dr Mahathir Mohamad.

PUTRAJAYA - The Prime Minister will continue to decide on government appointments as long as the Parliament has not been empowered to do so, says Tun Dr Mahathir Mohamad.

Dr Mahathir said changes to the Federal Constitution needed to be made before the Parliamentary Select Committee on Major Appointments could function legally.

"We intend to have the PSC, but to do that, we need to change some provisions in the Constitution.

"So at the moment, we go with the old way of making appointments, that is, 'the Prime Minister decides'," Dr Mahathir told a press conference after chairing the Economic Action Council meeting at his office here yesterday.

Several recent top appointments by the government were called into question as it was done unilaterally - without going through the Cabinet or Parliament. 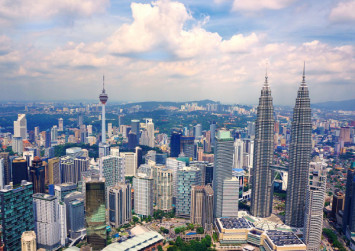 "I am not required to consult the Cabinet.

"I can ask for opinions from various people and then I will decide based on the merits of the case," said Dr Mahathir.

One of Pakatan Harapan's pledges in its 14th General Election manifesto was to ensure that major appointments would be vetted by Parliament.

Last week, the Prime Minister's Office released a statement to announce that Latheefa, who is Lawyers for Liberty executive director, is the new MACC chief.

She replaced Datuk Seri Mohd Shukri Abdull who had chosen to end his service contract which was supposed to last until May 2020.