Tensions flared yesterday as lead counsel Datuk Jagjit Singh spent hours trying to paint the former education minister as being in cahoots with Jepak Holdings Sdn Bhd managing director Saidi Abang Samsudin and his business partner Rayyan Radzwill Abdullah to get approval for a solar hybrid project in Sarawak despite stating the opposite in his witness statement.

During cross-examination, Jagjit pointed out to Mahdzir that he was trying to help Jepak Holdings to obtain approval for the project.

One of the ways he helped Jepak Holdings, claimed Jagjit, was by personally handing over a letter to former prime minister Datuk Seri Najib Razak.

The letter, the court was told, asked for the exemption of several documents from being submitted to let the Education Ministry make an interim payment to Jepak Holdings.

Mahdzir strongly denied this, claiming he was not assisting Saidi and Rayyan as the letter was not prepared by him but by the ministry's officers.

He said the project was by the ministry and not of his own accord.

Jagjit: This was a letter which you signed?

Mahdzir: Yes, but I don't know how much (is the interim payment). Ministry's officers are the ones preparing the letter.

Jagjit: You knew because you had already received corrupt monies.

Jagjit: You knew everything. 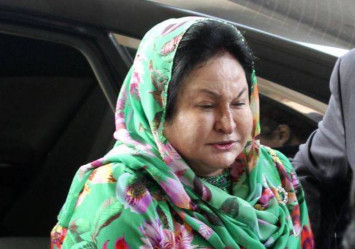 Earlier, Jagjit also told Mahdzir that he could continue with the cross-examination until "death", an exchange that started in a heated tone but ended with laughter.

Jagjit: You are not consistent.

Mahdzir: From the very beginning, you wanted me to be like that.

Jagjit: Until death also I can continue to do this (cross-examination).

"Do not be like that," replied Mahdzir, prompting laughter from court.

Jagjit said Mahdzir was trying to pin the blame on Najib and Rosmah despite his complicity in the solar hybrid project.

Jagjit: It is a deflection. You blame the prime minister because of his orders. You agree?

Jagjit: You pushed the responsibility to the prime minister. This is what is meant by deflection. You agree?

Jagjit then repeated the defence's claim that it was Mahdzir, not Rosmah, who was helping Saidi and Rayyan obtain approval for the solar hybrid project in exchange for a bribe. 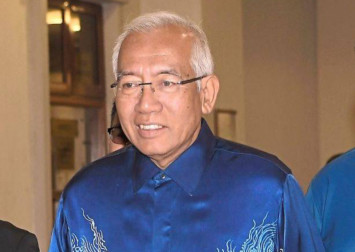 The repeated line of questioning got the defence ticked off by Justice Mohamed Zaini Mazlan.

The High Court judge told the defence that they had already covered the topic extensively.

To this, Akberdin said the defence was trying to establish whether Mahdzir knew Jepak Holdings was facing financial difficulties.

He also denied that he was arrested by the MACC, claiming he was only questioned by them.

Earlier, apart from the tension between Mahdzir and the defence lawyer, the court also saw yesterday's session being adjourned earlier as Rosmah refused to leave the dock for lunch break despite coaxing from her aides and lawyers.

Her lawyers then asked for a brief session with Justice Zaini in open court, with Jagjit briefing the judge on Rosmah's medical condition.