Irresponsible postmen may be suffering from anti-social personality disorder 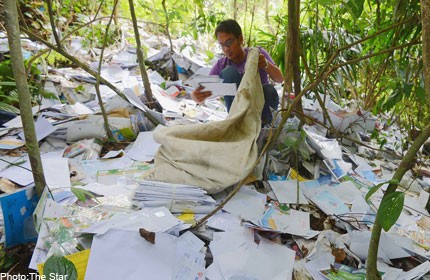 Consultant psychiatrist Prof Dr Mohamad Hussain Habil said the irresponsible postmen alleged to have thrown away the letters might have elements of the disorder or a disregard of people's feelings and property.

"In severe cases, they may even feel joy from seeing people suffer," he said.

Calling the postmen's act "horrendous", Dr Mohamad Hussain proposed that Pos Malaysia screened new postmen for mental wellbeing, aside from their physical state and other qualifications, so as to prevent future incidents.

Dr Mohamad Hussain said the incident was one of public interest as the letters could be significant such as university acceptance letters, legal or financial documents.

Consultant psychiatrist Dr Ting Joe Hang said work stress could have contributed to the behaviour of the postmen.

"But it does not justify what they did," he said.

Federation of Malaysian Consu­mers Association secretary-general Datuk Paul Selvaraj suggested that Pos Malaysia include random checks on their postmen, such as following them on their rounds to ensure they carried out their duties diligently.

Muslim Consumers Association of Malaysia secretary-general Datuk Dr Ma'amor Osman suggested that every envelope be encoded with a tracking number to allow senders to trace their letters online.

"A GPS system should also be installed in the postal vehicles to ensure they do not stray from their intended route," he added.

Malaysian Crime Prevention Foundation vice-chairman Tan Sri Lee Lam Thye said: "Pos Malaysia will have to talk to its staff and stress the importance of being responsible and diligent in their duties.

"They need to instil proper work ethics, good mental health and integrity among their postmen," he said.