PETALING JAYA - Global Royalty Trading SAL, which has labelled Datin Seri Rosmah Mansor as a "long-standing customer", is a jewellery firm so exclusive that not just anyone would be able to easily engage them - even if they have the money.

The Lebanon-based firm is an international jewellery supplier with exclusive clientele that includes royal families, celebrities and politicians.

A source said the firm dealt at levels where clients need not go to them but they would instead meet the customers. 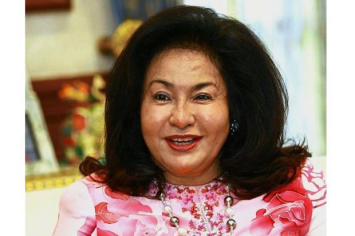 "That is the process of how the really wealthy buy their bling. Jewellery are sent to them; they choose what they want and pay for just that.

"The people they deal with are well-known and some are in the same circle of VIPs, most of whom are already regular customers and have a good track record of paying," said the source.

The source added that it would be no problem for jewellers of that magnitude to deliver consignments to clients for the customers to "take their own sweet time" to choose.

The source said it was usually a matter of waiting for a "couple of months" for "millions of dollars" in sales.

It is not known if, besides Rosmah, Global Royalty has any other Malaysian customers.

Global Royalty, in a RM60 million (S$2.23 million) lawsuit against Rosmah, alleged that it would deliver jewellery to the former prime minister's wife on a consignment basis at her request for her to evaluate, which she would thereafter purchase.

It also said that in some instances, Rosmah would borrow some jewellery, which would then be returned to Global Royalty.