'It's our only home': Malaysia's changes to MM2H visa scheme throw expats' plans into chaos

A handout photo. MM2H participant Jules Dinsdale hosts a lunch of other expats from New Zealand, the UK, Australia, Canada and the Philippines to celebrate Malaysia's National Day.

After Mansur and Moina Khan from Bangladesh secured long-term visas to reside in Malaysia in 2014, they bought a condo worth at least 1 million ringgit (S$321,000) in the heart of the capital, Kuala Lumpur, and moved there in 2017.

“We invested our life savings in Malaysia,” said Mansur, who like his wife, is in his 60s and retired.

“We loved living here, its multiracial people and food. We are law-abiding visa holders and wished to spend a hassle-free retirement in Malaysia,” he added.

But for the past 14 months, they have been stuck in Dhaka, having gone there to attend to a family emergency. Despite being fully vaccinated and having made numerous appeals to the Immigration Department, the couple cannot return to Malaysia as the Southeast Asian nation has banned incoming travellers from 23 nations including Bangladesh due to their Covid-19 caseloads.

While Malaysian nationals from those places can return, visa-holders like the Khans, who are under the Malaysia My Second Home Scheme (MM2H) have been excluded.

Sweeping changes to the MM2H scheme announced last week have further upended the plans of the Khans and other long-term visa holders. The scheme, which was suspended for about a year, will be restarted in October with new rules, including a significant hike to the income criteria, with visas now valid for only five, instead of 10 years.

They must also have a monthly offshore income of at least 40,000 ringgit compared with 10,000 ringgit previously, which the Malaysian government says ties in with its effort to target high-income individuals who can contribute to an economy hard-hit by the Covid-19 pandemic and ongoing political turmoil.

The move has shocked existing visa-holders who say they will face difficulties meeting the criteria to renew their permits, even though the government will give them a grace period of one year to show they can qualify under the new rules. Local property and MM2H consultants say people will not apply while existing visa holders could quit the scheme and sell their properties, which would not help the economy.

“Malaysia is our only home,” Mansur Khan said. “We’ve been living out of our suitcases for the past 14 months, even though we have valid visas and are ready to comply with entry procedures. Our properties are left unattended in Malaysia, notwithstanding the mental and financial hardship that has burdened us terribly at this juncture of our lives.

“Is it unreasonable, then, if hapless visa holders like us pull out and don’t renew our MM2H when it expires in 2024?”

As of 2019, close to 49,000 people had been granted visas under the MM2H programme since it was introduced in 2002. About one-third of them were from mainland China, while 10 per cent were from Japan, and about nine per cent from Bangladesh. About 3.5 per cent of the scheme’s participants, or 1,691, came from Hong Kong.

While MM2H visa holders who are senior citizens can get public transport subsidies, they do not get other perks available to Malaysian nationals, such as discounted public healthcare. They also pay higher income and property tax rates and do not benefit from discounts given to citizens for domestic travel, such as at hotels or theme parks.

Still, many find the cost of living in Malaysia reasonable as the government sets price caps for basic necessities and the cost of private medical care is cheaper than in the United States, for example.

New Zealand national Jules Dinsdale, 61, retired in Penang five years ago under the MM2H scheme, citing its affordability, its expat community and natural beauty. The 10-year renewable visa was also a major attraction.

“Many expats gave generously during the lockdown,” she said. “We are committed to the community. We promote Malaysia to our friends.

“I’m saddened by the extreme MM2H changes which means many of us will leave Malaysia at the expiry of our visa. I urge the government to reconsider and switch to an ‘elite visa’ programme which leads to residency after 10 years.”

Maggi Gough, 69, an Australian MM2H visa holder who has spent the last three decades in Asia, said she and her Hong Kong-born husband were planning to leave before their MM2H pass expires in 2027.

“We’re not getting younger. If the new scheme is implemented, we’re selling our house and car and will probably move north,” she said. “I know others are leaving the country by mid 2022, which is sad because we call Malaysia our home.”

The participants’ biggest grievance is the Malaysian government seemingly reneging on the renewal clause for existing MM2H visa holders, as many applied on the understanding the financial requirements would remain the same when it was time to renew the visa after 10 years.

Participants were also concerned that if a main applicant dies, a surviving dependent must reapply under the new terms and go through the vetting process while grieving, visa agents said.

Nancy, a Singaporean MM2H participant who only wanted to give her first name for privacy reasons said: “In my 10 years here, we’ve spent millions.

“[We’ve] bought two houses in Mont Kiara, two cars, paid international school fees for two kids and tax. The older couples will be using medical services soon. Why throw it all away?” she asked, referring to the Malaysian government’s decision to revise the scheme.

The rule changes have stopped new applicants from considering the scheme, said MM2H consultant Jessi Ong, who said she had received no inquiries in the past week for what was previously a popular programme.

“None of my clients from Britain, Japan, Hong Kong and China could fulfil the new requirements,” she said.

Leung, a Hongkonger who migrated to Singapore in the 1990s, said he had decided not to proceed with his MM2H application because of the new criteria. The 53-year-old, who asked to only be identified by his last name, had planned to retire in the Malaysian state of Johor near the border with Singapore.

Leung said that as the MM2H scheme did not offer a path to residency, people from mainland China had sought to acquire a Singapore passport first before getting an MM2H visa and living in Malaysia.

“[Now], wealthy mainlanders might choose the US or Canada over Malaysia,” he said. 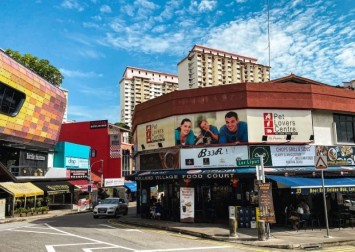 Ed Farbouly, 57, a US national whose MM2H application was approved in December 2019 but not activated because of Covid-19 border closures, said he would have to change his plans.

When the MM2H scheme was suspended, all applicants whose visas were pending found their applications terminated. Now, Farbouly and his wife, who are in Arizona, will not be able to satisfy the new criteria.

Ong criticised the changes for neither benefiting the Malaysian economy nor MM2H participants, pointing to how the long-term visa holders had invested nearly 12 billion ringgit (US$2.8 billion) in the economy since 2002.

“The government can be more compassionate and lenient to them. This is not the right time to raise fees,” the MM2H consultant said.

The new scheme deterred two of her clients who bought property in Malaysia and planned to apply for MM2H. They decided to sell their property and instead visit Malaysia as tourists, she said.

The Malaysia’s Real Estate Practitioners Association (MIEA) also denounced the increase in the required fixed deposit and offshore income and suggested designing a scheme which caters to different categories of applicants. It said the new rules should not disrupt the lives of participants and that the visa term should remain at 10 years.

“Policies need to be consistent in order to promote confidence,” it said.

“We propose that all existing MM2H pass holders should not be affected by this new ruling … as there exists trust and goodwill from those who participated in the programme.”

Visa consultants said they foresaw some MM2H visa holders switching to a similar scheme run by the Malaysian state of Sarawak, which is on the island of Borneo and exercises autonomy in immigration, education, health and tourism.

The Sarawak programme requires applicants to prove either an offshore income of 10,000 ringgit or open a fixed deposit account with 150,000 ringgit per couple. After one year, they may withdraw 90,000 ringgit to spend on property, car, health care and tuition. Participants can live in Sarawak or peninsula Malaysia as long as they stay 15 days annually in Sarawak.