The Alibaba founder and executive chairman said that he read about MSC in a newspaper 20 years ago and found the idea inspiring.

"I thought, 'Wow, this is a genius idea. If Malaysia can do this, why can't China. Why can't I do this myself?'

"So Malaysia inspired me to create Alibaba," he said during the launch of an Alibaba Group office in Kuala Lumpur on Monday (June 18). 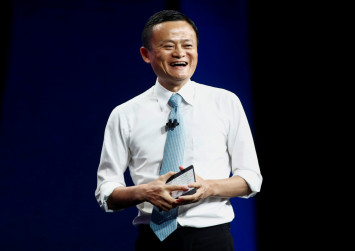 The MSC was established in 1996 by the then Prime Minister Tun Dr Mahathir Mohamad, while Alibaba was founded in 1999.

Ma said that he witnessed how the MSC impacted people and watched it grow.

He also said that he had a fantastic and a great meeting with Dr Mahathir on Monday morning.

The meeting, held for about an hour from 9am, took place at the Prime Minister's office in Putrajaya.

"He (Dr Mahathir) is a legend. Ninety-three years old but he knows so much about technology. After talking to him, I should read more books," he said.

Dr Mahathir had earlier said on Twitter that he and Ma had a good exchange of ideas on a wide range of subjects.

Meet up with Jack Ma, The founder of Ali Baba at The Prime Minister Office this morning. We had a good exchange of ideas on a wide range of subjects. pic.twitter.com/znqjlUHnci