Jho Low up in arms over fire sale of superyacht 'Equanimity' 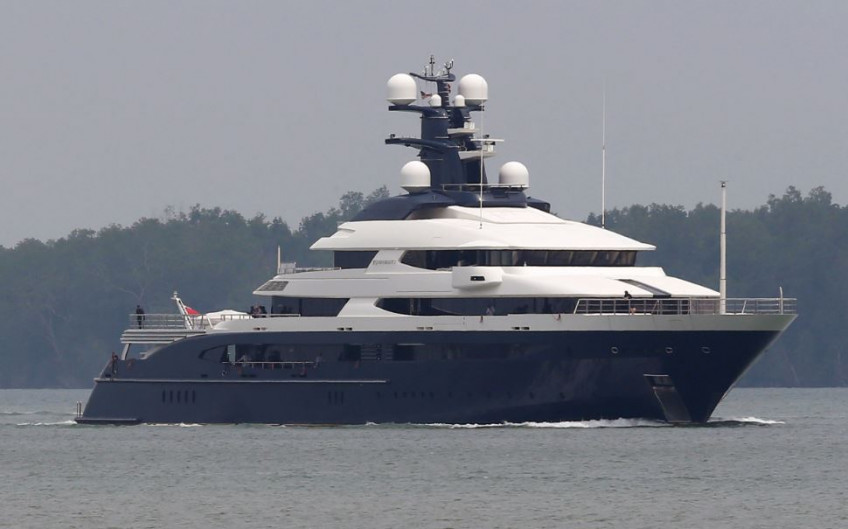 PETALING JAYA - Businessman Low Taek Jho may be on the run, but he is not sitting idle amid legal proceedings to speed up the sale of the Equanimity superyacht.

Hours before the Kuala Lumpur Admiralty court heard the application by 1Malaysia Development Bhd (1MDB) to expedite the sale of the vessel, an army of Low's lawyers and publicists around the world issued media statements in protest.

Ahead of the court case which started at 2.30pm yesterday, a company linked to Low claiming ownership of the vessel issued a statement saying it had received no legally valid notice on the sale of the superyacht.

The statement by Equanimity (Cayman) Ltd was e-mailed to the Malaysian media by a British consultancy firm at 4.40am (local time) yesterday.

"For Malaysia to act unilaterally while there are pending court requests in the United States would be an affront to the international rule of law," the statement said.

It claimed that Malaysia's intent to immediately sell the superyacht, which has reportedly been valued at up to RM1bil, would drastically reduce its potential sale value.

"Due to the Malaysian government's precipitous, ill-conceived and misguided actions, the yacht is running 24 hours a day, seven days a week on generator power, which is unsustainable and harmful to the vessel," it said.

"Moreover, Malaysia has docked the yacht in a hazardous environment in which toxins such as water pollution and nearby smoke are greatly damaging it."

The statement claimed that since Malaysia apparently does not have - or does not want to spend - the necessary funds to properly maintain the vessel while it is prepared for a value-maximising sale, "Malay­sia has instead proposed a 'fire sale', in which the yacht is to be sold for a fraction of its true value".

"To move for a sale in Malaysia immediately would be a remarkable violation of due process and international legal comity, and would call into question the actual ownership of the yacht for any potential buyer."

It said such actions would create a cloud on Equanimity's ownership that could easily take years to resolve in several courts around the world.

At 9.05am yesterday, Low's spokesman through his lawyers sent another statement denouncing Malaysia's legal proceedings to quickly sell the superyacht as a vindictive "sham".

"This is nothing more than a sham hearing as part of an unjust and arbitrary legal process subject to the whims of a vindictive regime regarding an asset whose ownership has yet to be determined," it read.

The statement was sent by a public affairs company based in Sydney, Australia.

It claimed the US government was willing to cover the cost of Equa­nimity's upkeep while proceedings were pending in the United States.

"Instead, as a publicity stunt, Mahathir has unnecessarily put this financial burden on the Malaysian government and, given the illegal manner in which he took the asset, it is unlikely any bid will come close to its fair market value," it read, referring to Tun Dr Mahathir Moha­mad.