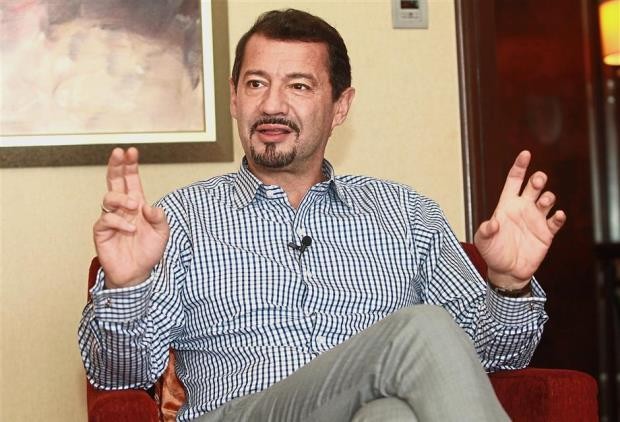 Not giving up: Justo has expressed his hope that Low will return to Malaysia to face justice.
The Star/Asia News Network

The former Swiss banker said he did not know the current whereabouts of Low, also known as Jho Low, but since he was a key figure in a major international investigation, he could be “silenced”.

“He is the one who knows every­thing from PetroSaudi to Goldman­Sachs, Ipic and other 1Malaysia Development Berhad (1MDB) scams.

“For a lot of people, the best solution would be for him to disappear forever,” said Justo, whose life was also threatened when he was in jail in Thailand and told that attempts to extradite him to Malaysia could end in his death.

“I would not be surprised if Jho Low is not seen anymore or is found dead.

“I don’t know where he is. Believe me, if I knew, I would inform the authorities,” added Justo, who met Low twice several years ago when he was working with PetroSaudi.

Speaking exclusively to The Star, Justo said: “I won’t go to China and I cannot go back to Thailand because I have been blacklisted from the kingdom for 100 years.

“I know Thailand is one of Low’s hiding spots.”

Justo added that while Low was believed to have his hands on a lot of cash, he was now a wanted man in several countries and might not have access to many of his assets, the seized yacht Equanimity being an example.

Furthermore, he said Low was addicted to a lavish lifestyle.

“This guy does not have many options. He would be arrested in pretty much any country. I think China is one of his last resorts. It’s also not easy for him to hide.

“These people (Low and his kind) are big spenders. In a hotel, they would take an expensive suite.

“He would not hide forever in a small Cambodian fishing village. I am sure that even now he is living a high life, spending large amounts of money for bottles of wine and nice parties,” he said.

Justo said he would like to see Low return to Malaysia to face justice.

“I don’t wish an unhappy end for the guy in which he is found dead. I think he should be brought to court, but this (Low being killed) is a possible reality,” he said.

Justo is in Kuala Lumpur for the third time since the 14th General Election. He was a key speaker at the Anti-Corruption Summit 2018 organised by Transparency Interna­tional Malaysia.

He is also believed to have arranged some meetings with Mal­aysian authorities and has repeatedly expressed his willingness to testify in 1MDB-related trials.

He told The Star that many Malaysians had shown their support fot him. In one day alone, he posed for hundreds of wefies with Malay­sians.

Recalling his darkest days – a year and a half in prison in Thailand – Justo said he survived inhumane conditions that helped strip him of his ego and centre him more morally.

“I won’t stop the fight for justice against those who put my family and I through so much suffering.

“My son was just eight months old when I was jailed and I missed out on a lot. My wife Laura had an even more difficult time,” Justo said.

He recalled that when he realised a change of government was imminent in Malaysa, he and Laura could not contain their emotions.

“We were following the Malaysian election news in Switzerland and at first Najib’s party was ahead, but slowly they were overtaken.

“When the new coalition under Tun Dr Mahathir Mohamad reached 112 seats, we couldn’t help it,” he added.