Gelang Patah councillor Mohd Azam Mektar, who led the walkout with 17 others, accused Adib of changing a decision on a Ramadan bazaar's location without informing them.

"The council initially approved on April 28 to allocate 100 spots for stall operators to set up their stalls at Jalan Nusari 4/7 in Taman Nusantara during the fasting month.

"However, MBIP's licensing department rejected 47 early licence applications for the spots as Adib wanted to change the bazaar's management rights," he said at the MBIP building here yesterday.

He added that he was angry about the matter and discussed it further with Adib, who then agreed to approve 30 applications.

"However, the Iskandar Puteri Traders Association, which manages the bazaar, found out about it a day before the fasting month started. 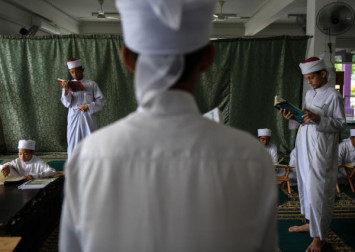 "The delay in informing the management made it difficult for the traders to prepare," Azam said.

As a result, he added, stall operators had lost their trust in MBIP councillors.

Azam urged Adib to come forward and provide an explanation, especially to the stall operators.

Meanwhile, according to an MBIP official, who declined to be named, the applications were rejected as the location was not proper to have a bazaar.

"The location is near a school where it is the main route for students and the public," the source said, adding that the council received numerous complaints from the public and the school against the bazaar.

In a statement, the State Local Government, Urban Wellbeing and Environment Commit­tee office said they would be investigating the allegation and was awaiting a full report on the matter.