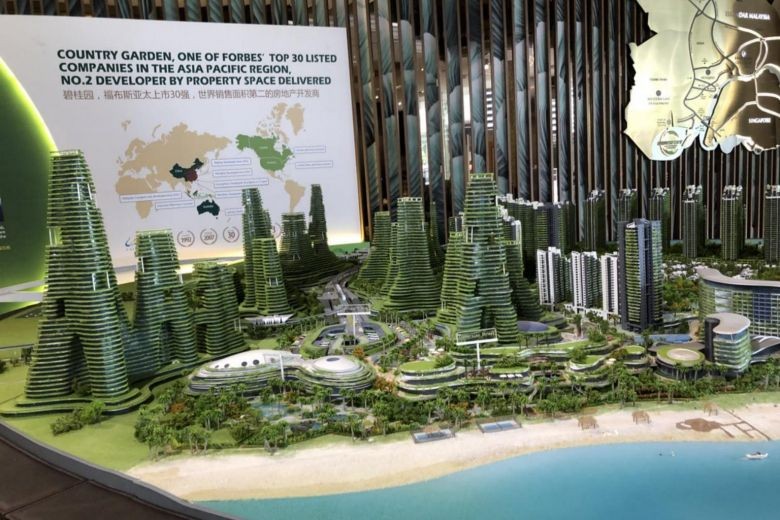 JOHOR BARU - The Malaysian Prime Minister's statement on Monday (Aug 27) that property in the mammoth Forest City development cannot be sold to foreigners came as a shock for the Johor state government, a member of the state executive council said.

Johor Housing and Rural Development Committee chairman Dzulkefly Ahmad said matters related to land, water and forest were within the purview of the state government, but there had been no discussion between the federal and state governments on the issue.

"We are still trying to make sense of this new move as we have yet to be informed," he said on Monday, adding that they would seek clarification from the Prime Minister's Department.

"We already have in place a requirement that foreigners can only purchase properties worth RM1 million (S$333,000) and above. The previous government also introduced policies to include international zones within the project and other parts of Johor," he said, referring to zones where foreigners are allowed to purchase units.

Malaysian premier Mahathir Mohamad had said at a conference on Monday that Forest City was not built for Malaysians.

"One thing is certain - the city that is going to be built cannot be sold to foreigners. Our objection is because it was built for foreigners and was not meant for Malaysians. Most Malaysians are unable to buy those flats," he said.

His statement was interpreted to mean that Malaysia was prohibiting foreigners from buying the residential units at Forest City, which were largely sold to buyers from mainland China.

Mr Dzulkefly said the federal government's move would have huge implications on the real estate sector in the state and hoped that all parties would not jump to conclusions over Tun Dr Mahathir's comments.