JOHOR BARU - The state's flip flop decision on the youth age cap saga continues. This time they will be sticking to 40 years instead of 30.

In less than 24-hours, State Youth, Sports, Entrepreneurship Develop­ment and Cooperatives Committee chairman Sheikh Umar Bagharib Ali issued another statement, saying Johor would maintain its youth age limit at 40 as announced by Mentri Besar Datuk Dr Sahruddin Jamal on Monday until the Act is gazetted in 2021.

"After further discussion and advice from several quarters, the state government will study all implications pertaining to the amendments toward the Youth Societies and Youth Development 2007 (Act 668).

"In heading towards the gazetting in two years' time, the state government will conduct a study to ensure it is compatible to be enforced in Johor," he said in a statement yesterday. 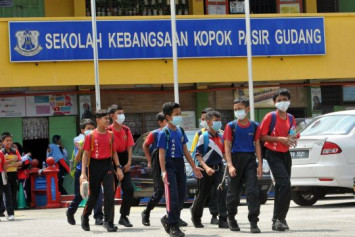 Sheikh Umar said the preparation period was part of a long reformation process that must be faced by everyone.

Earlier, the state changed its stand and made a U-turn on lowering the age cap for youth from 40 to 30.

This comes after they announced on Monday that they would maintain the age cap at 40 for its policies despite the federal government's move to lower the age limit to 30.

Johor, at the time, joined Selangor and Sarawak in maintaining the youth age cap at 40.