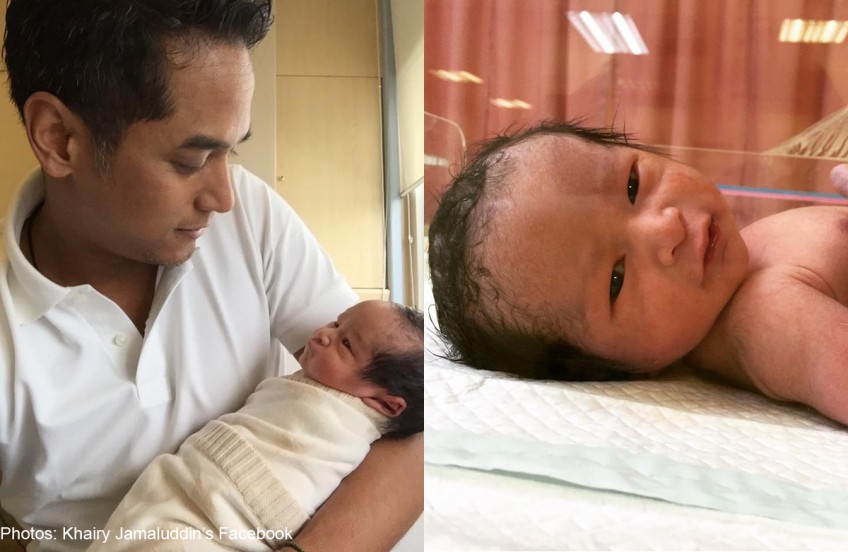 PETALING JAYA - Youth and Sports Minister Khairy Jamaluddin has posted a picture of himself and his newborn son, nicknamed "Leo", on his Facebook page.

"Good luck writing that out at school, my son," he tweeted.

Khairy admitted that he had not bathed a baby for the past six years.

"When I tried earlier, the nurse said it has become kekok (awkward) to me. It looks like I have to re-learn it!" he said.

Khairy and Nori Abdullah have been married since 2001. Besides "Leo", their other sons are Jibreil Ali, seven, and Timur Abdullah, six.