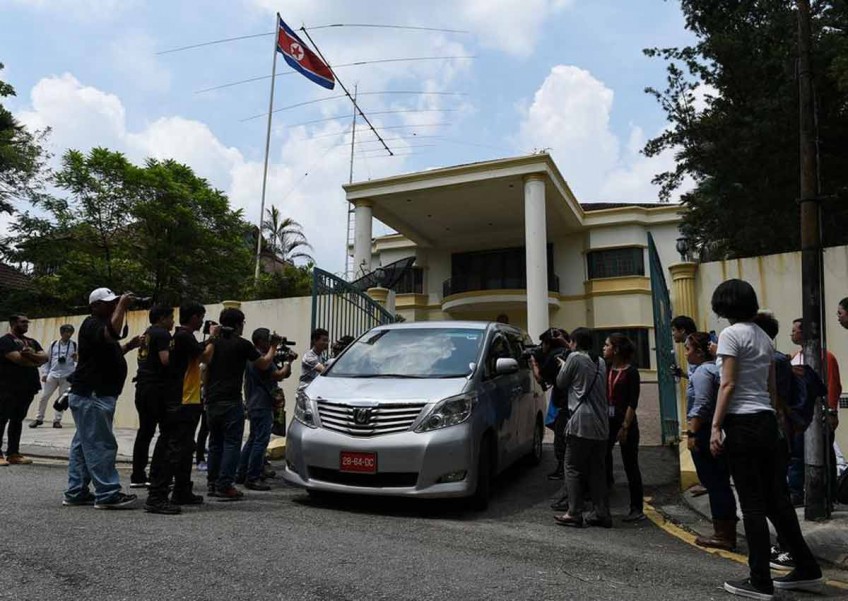 A suspect wanted by Malaysian police in connection with the murder of Kim Jong-nam has reportedly been seen in a video in the North Korean Embassy in Kuala Lumpur.

Malaysia's national news agency Bernama reported that the minute-long clip, which was aired by Japan's All-Nippon News Network, appeared to show a man resembling Kim Uk-il playing the game with a few others on the second floor of the embassy.

Kim Uk-il, 37, is an employee with North Korean carrier Air Koryo, and a warrant for his arrest was issued by police earlier this month.

Malaysian police are also looking for two other suspects: Kwang Hyon-song, 44, the embassy's second secretary who is believed to be hiding within the embassy building; as well as Ri Ji-u, 30.

Malaysia's Inspector-General of Police Khalid Abu Bakar said that the police are aware of the identities of those who are still in the embassy, The Star reported.

"We know who is inside," he was quoted as saying during a press conference on Mar 23 (Thursday).

Bernama also reported that the International Criminal Police Organisation (Interpol) had issued a Red Notice for the arrest of four other North Korean suspects who had left the country. The Red Notice is the closest instrument to an international arrest warrant.

The four are Ri Ji-hyon, 33, Hong Song-hac, 34, O Jong-gil, 55, and Ri Jae-nam, 57. They had entered Malaysia separately before Feb 13, and left the country after the attack was carried out.

Kim Jong-nam, the estranged half-brother of North Korean leader Kim Jong-un, was killed at Kuala Lumpur International Airport 2 on Feb 13, after he was smeared with the lethal VX nerve agent.

Two women - Vietnamese Doan Thi Huong and Indonesian Siti Aisyah - have been charged with the murder so far.