SHAH ALAM - Kim Jong-nam's hands were shaking as he told an airport employee in February that he had just been "attacked" by two women at the Kuala Lumpur International Airport 2 (KLIA2), the High Court here heard.

Juliana Idris, 37, who works at the airport's information counter, said she could not tell the ethnicity of the man when he spoke to her.

"He asked for help and wanted to be taken to the police station. His hands were shaking a little," she said from the witness stand on the first day of the Kim Jong-nam murder trial yesterday.

Two women, Indonesian Siti Aisyah, 25, and Vietnamese Doan Thi Huong, 28, have been charged with his murder and both pleaded not guilty yesterday. 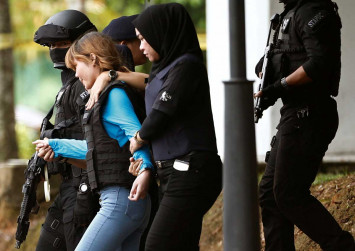 According to Juliana, the man said he was attacked by a woman from behind while another woman did something close to his eyes.

During cross-examination, Doan's co-counsel Datuk Naran Singh suggested to the witness that she had used the word "attack" because it was used widely in news reports on the case.

Juliana, however, stuck to her testimony and replied: "The deceased said 'attack'."

Another witness, Lans Korperal Mohd Zulkarnain Sanudin, 31, testified that Juliana came to him with a "plump man with a chubby face" who wanted to make a police report after a substance had been smeared on his face. 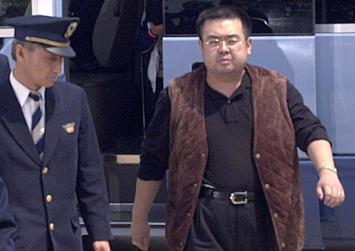 He added that the man wanted to go to a clinic before lodging a report.

"So I took him to Klinik Menara," he said, referring to the Menara Medical Clinic at KLIA2.

L/Kpl Mohd Zulkarnain said that as they got out of the lift on the second level, the man told him: "Sir, walk slow, my eyes blur. I cannot see (sic)."

The witness said he then slowed down.

"I opened the door for him to enter the clinic," the witness said, adding that he waited outside.

After a few moments, he said he saw the clinic's staff administering "emergency treatment" to the man.

"I went in to see what was happening and saw the man leaning against a chair," he said.

Medical assistant Rabiatul Adawiyah Mohd Sofi, 23, who was on duty at Menara Medical Clinic on Feb 13, testified that a patient came to the clinic complaining of pain after "being sprayed".

"There was a passport on the counter. I can't recall who put it there. The name on it was Kim Chol," she said.

The witness said the patient was showing signs of a seizure, as he was drooling while mucus dripped from his nose.