Kulai kidnapping mastermind remanded for having pistol and bullets 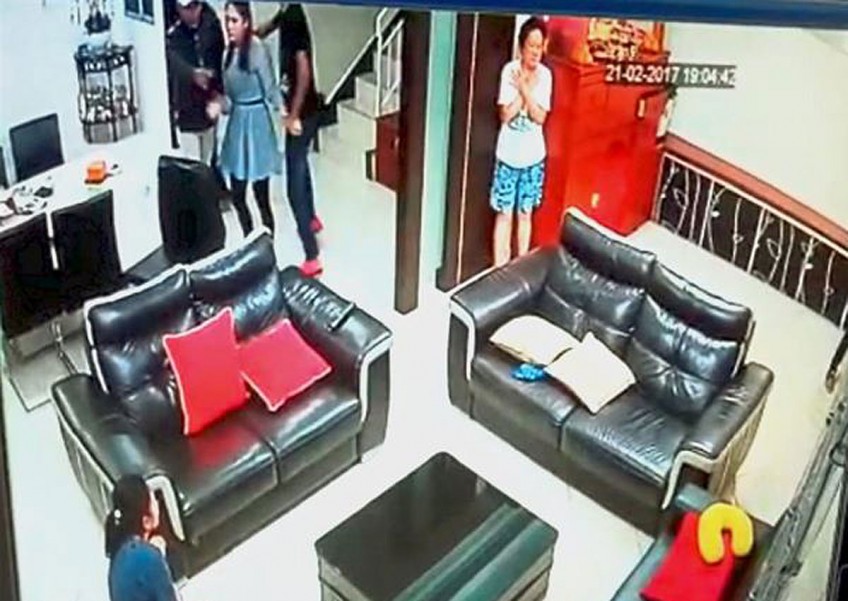 BATU PAHAT - An Indonesian who is believed to be the mastermind in the kidnapping of a housewife from Kulai has been remanded for a week for having a pistol and bullets.

Magistrate Mohd Syafiq Mustaza ordered the 39-year-old suspect to be held until March 27 to help in investigations.

He was arrested while trying to escape in a taxi at the Yong Peng South toll plaza heading north at around 5.30pm on Monday (Mar 20).

Police seized a semi-automatic pistol wedged in the suspect's waistband, which was loaded with three bullets. There were also a few more bullets in his pants pocket.

It was reported that a 44-year-old woman was kidnapped in front of her children on Feb 21 and brought to Batam, Indonesia, where she was held captive in a farm for 27 days.

The kidnappers, aided by the woman's maid, are believed to have demanded a ransom of S$3 million.

According to Lianhe Wanbao, the woman, who celebrated her 44th birthday just one day before she was rescued, drives a Singapore-registered vehicle, and her children all went to school in the Republic.

The 19 suspects arrested in the investigations were nabbed in Batam and Johor Baru and are aged between 18 and 50.