Malaysia’s Johor, as viewed from across the causeway in Singapore.

Haji is one of 57,000 foreigners to have been granted a ten-year visa under the Malaysia My Second Home (MM2H) programme since 2002 and has been enjoying the lifestyle he can afford in the country next door.

In Johor, he and his wife rent a 5,000 sq ft bungalow with five bedrooms and a garden; back in Singapore, for the same money, they rented a three-bed apartment.

What's more, he is still conveniently close to his real "home".

"Johor is a 45-minute drive to the big city's flashing lights to catch a show or visit friends, and you come home to Johor where it's tranquil. Things are much cheaper here with no compromise in the standard of living," said Haji, 55.

But for Haji, and thousands of others like him, there's trouble amid the tranquillity.

A revamp of the MM2H scheme that has raised the costs of participation significantly has put a question mark over whether he can continue to afford it.

As one of the last batch of applicants before the scheme was suspended in August 2020, Haji needed only to provide a fixed deposit of 150,000 ringgit (S$48,600). Under the revamped version of the scheme, which launches in October, applicants have to pay a deposit of one million ringgit.

Haji thinks the new costs will be prohibitively expensive for most retirees and is calling on the government to rethink the hikes, warning that a failure could do so would drive away a key source of foreign investment.

Luckily for Haji, the chances of the government heeding this suggestion just got a major boost from the backing of one of the country's most influential people: the Sultan of Johor.

In a recent social media posting, Sultan Ibrahim Sultan Iskandar of Johor spoke out against the hefty financial requirements of the revamped visa, warning that it risked driving away foreign investors and current visa holders, particularly from Singapore.

"When you keep shifting the goalposts, foreigners will lose confidence in Malaysia. This is not the right time to raise fees," said the outspoken sultan, who called for the government to revert to the visa's original conditions.

"Let us help put Malaysia back on the world map as the best place to live for high-net-worth foreigners. Drastic changes like this will tarnish our image and will make us a laughing stock of the world."

Such stinging criticisms will be hard for the government to ignore.

The Johor sultan, the head of one of the country's nine royal households, is revered in his home state and is known for skirmishes with elected officials over disagreements about public policy.

"I hope they see the merit in what the sultan said. The sultan recognised the expats' economic contribution which enriched his state. He's speaking up for all. The noise will make the government take a good look," Haji said.

Simon Leung, a retiring Singaporean business executive who aborted his plan to apply for the new MM2H visa due to the fee increases, said the sultan was well-placed to speak up for the country's business interests.

"Johor state is very important to the entire country. The sultan, who's the wealthiest king in Malaysia, has a major interest in many property developments which will be drastically affected by the MM2H rule change. 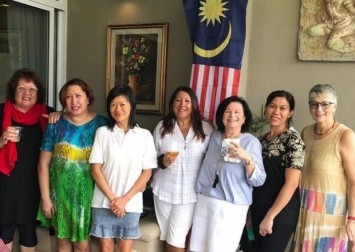 "The sultan is a business-oriented person and understands Malaysia requires foreign investment to sustain its growth."

Leung gave the example of the Forest City residential project, a 413 billion-ringgit joint venture between China's Country Garden Holdings and the Johor monarch constructed on four reclaimed islands that hopes to accommodate 700,000 residents upon completion in 2035.

"When it was first launched, there were busloads of mainland clients coming to purchase units," Leung said.

But in the past 18 months - a period of coronavirus-related lockdowns, travel bans and the suspension of the MM2H scheme - fewer than ten units have been sold.

There are already signs the sultan's stance may be swaying the government.

Two days after his post, Home Minister Hamzah Zainudin said he would evaluate whether long-standing MM2H visa holders would need to switch to the new rules and that decisions would be made on a case-by-case basis.

However, Hamzah also defended the new rules, which he said had been improved to ensure only "good quality" and "genuine" candidates were allowed to join the programme. He pointed out that more than 7,000 MM2H visa holders were not living in Malaysia and therefore not contributing to the economy.

Still, Hamzah's statement has given Andy Davison, head of The Expat Group (TEG) Media company - a firm providing information about Malaysia to English-speaking audiences, hope that the home minister will consider reviewing the new terms.

"Though the MM2H is not a major contributor to the Malaysian economy, it has pumped billions of ringgit into the economy and has non-financial benefits, so why destroy it?" said Davison, who has worked with the MM2H community for the past 16 years.

In a poll of 1,400 MM2H participants from 58 countries (900 current visa holders and the rest prospective holders), Davison found most current MM2H participants would be immediately disqualified by the new 40,000 ringgit monthly income requirement alone.

Meanwhile, some 98 per cent of respondents were not willing to pay the deposit of 1 million ringgit, many citing currency depreciation and low interest rates.

"It's a big mistake to apply the new rules, which will attract very few applicants," said Davison. "It remains to be seen if the government is willing to back down."

Since the new terms were announced on Aug 11, many visa consultants have reported a complete drying up of inquiries about the MM2H scheme.

Jessie Ong, a MM2H consultant, said in the past week she had received no new inquiries but had processed two or three terminations of applications by people who had lost confidence in the scheme.

Joo Hiap Low, managing director of GF Homeland Consultants, said only one Singaporean had expressed interest in joining the scheme under the new terms.

"Everything is up in the air. We still haven't received any application guidelines or checklist of required documentation from the authorities though the new MM2H scheme will start accepting applications from Oct 1," Low said.

Davison said of a dozen candidates he had spoken to, only one thought they could meet the new terms.

Hits to the economy

In the TEG survey, 57 per cent of the 900 current visa-holders owned property in Malaysia, with an average value of 1.4 million ringgit.

"Should the participants fail to qualify [for the new MM2H visa], a lot of money would flow out of the economy and real estate would be put up for sale, which does not bode well for Malaysia," Davision warned.

Not only would leaving expats be putting up their homes for sale, there would be a lack of new buyers coming into the market.

According to the National Property Information Centre, in the first quarter of 2021 there were 3,839 unsold residential homes worth more than 1 million ringgit each, or a total worth of 7.59 billion ringgit.

But the effects will go far beyond the property market.

Long-term MM2H visa holders are thought to have invested nearly 12 billion ringgit in the economy since the scheme's inception in 2002 through visa fees, fixed deposits, property and vehicle purchases, school tuition and monthly household expenditure.

One MM2H participant said he had shipped his household contents from the UK to Malaysia, bought a car, rented a house and was looking to buy a house.

"I feel like I have been misled as I thought I had ten years plus an optional ten year renewal on the same terms as when I paid the fixed deposit. We're the real victims, not the politicians who broke our trust, an intangible asset which will no doubt come into play for future foreign investment."

He too saw hope in the sultan's involvement, thanking him for "his support and wise words". 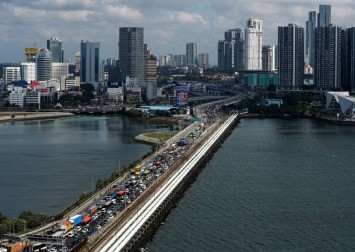 "[The sultan] certainly understands the consequences of the government's decision. The loss of financial input due to the exodus of MM2H pass holders will devastate the economy, which is still reeling from the Covid-19 pandemic," he said.

The TEG survey concluded nearly all current MM2H visa holders would have to leave the country and withdraw their fixed deposits, which would likely have an even greater economic impact than releasing their properties on the market.

Then there is the more intangible cost of a loss of faith.

The survey pointed out that the business world frowned on places that made sudden changes in policies and might come to consider Malaysia a more risky investment - a concern touched upon by the sultan.

"We respect the government's right to make any policies they deem appropriate for the new MM2H applicants. However, our research shows that there will be very few people applying. If this is correct, then the revised MM2H visa will not assist in the national recovery, one of the stated aims in making the changes, but will in fact result in a net loss for Malaysia," Davison said.