KUALA LUMPUR - The photo of a girl who withdrew from a chess tournament over a dress dispute that was posted on Facebook was doctored, claims a lawyer.

Mohd Harris Abdullah, who is representing the National Scholastic Chess Championship director Sophian A. Yusuf, said he had evidence that the length of the girl's dress was above knee level, which is against the dress code of the school where the tournament was held.

"We have a photograph of her taken during the tournament which is completely different from the photograph on the Facebook post."

He claimed that the girl's skirt was actually shorter than seen in the photograph that went viral together with the accusation that she was forced to withdraw from the tournament.

"They pulled down the skirt and then took the photograph," he said. 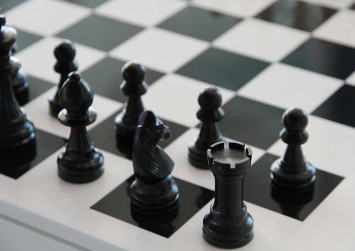 Mohd Harris added that the photograph, which would be used as evidence in court, was taken by official tournament photographers.

The post was made by the girl's coach Kaushal Khandar.

Mohd Harris said Sophian will file a suit against Kaushal for allegedly making defamatory statements over the issue and is considering suing three others, including a certain politician over comments on the matter.

When contacted yesterday, the girl's mother Chin Wai Ling and Kaushal declined to comment further on the issue.

It was reported that on April 14, a 12-year-old girl was forced to withdraw from a chess championship for wearing a dress that was allegedly deemed improper by the organisers.

The player was told mid-game by the chief arbiter that her short-sleeved knee-length dress was "improper" and she would not be allowed to wear a similar dress for the next round.

Chin said they were only told this at around 10pm when shops were closing, so they did not have time to buy slacks for the following day's 9am tournament start time, forcing them to decide to withdraw.