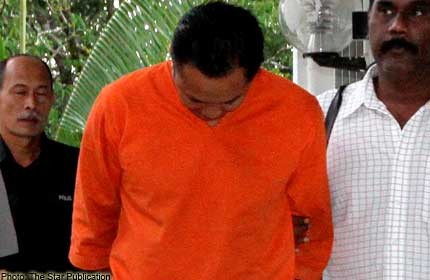 PETALING JAYA - The Home Ministry has the right to revoke the permanent resident status given to the Singaporean resort operator, said the Muslim Lawyers Association.

PPMM president Datuk Zainul Rijal Abu Bakar said PR was a privilege and not a right, and thus it could be revoked by the Home Minister who has the authority to do so.

"A person who has been awarded a PR status must assimilate with the culture and practices of the Malaysian community when he is living in the country," he said yesterday.

However, Zainul said if the resort operator was dissatisfied with the revocation, then he could start a proceeding for the court to study whether the action by the minister had contravened the law.

Lawyer Datuk Salehuddin Saidin is also of the opinion that the Government had the full power to revoke someone's PR status if the person had breached laws of the country.

"It is under the full power of the Home Minister to revoke the status especially if it involves public matters and protecting religious sensitivities between different races. Such action is necessary if the person is found to have caused chaos and disunity," he said.

Lawyer for Liberty co-founder and adviser Eric Paulsen, meanwhile, said the decision by the Home Minister to revoke the resort operator's PR could be challenged in court on the basis that it was made in haste.

"He was not given the opportunity to be heard in court and this goes against the rule of natural justice."

Paulsen said the decision to revoke the man's PR did not augur well for the country's efforts to promote itself as a moderate Muslim nation.

"It could also affect tourism and investments and derail efforts to lure foreigners to make Malaysia their second home," he added.

"Malaysian is a peaceful and tolerant country and we do not want this to make us look bad. It might send the wrong signals to other countries on religious tolerance."