Life goes on as usual in KL street despite bomb threat 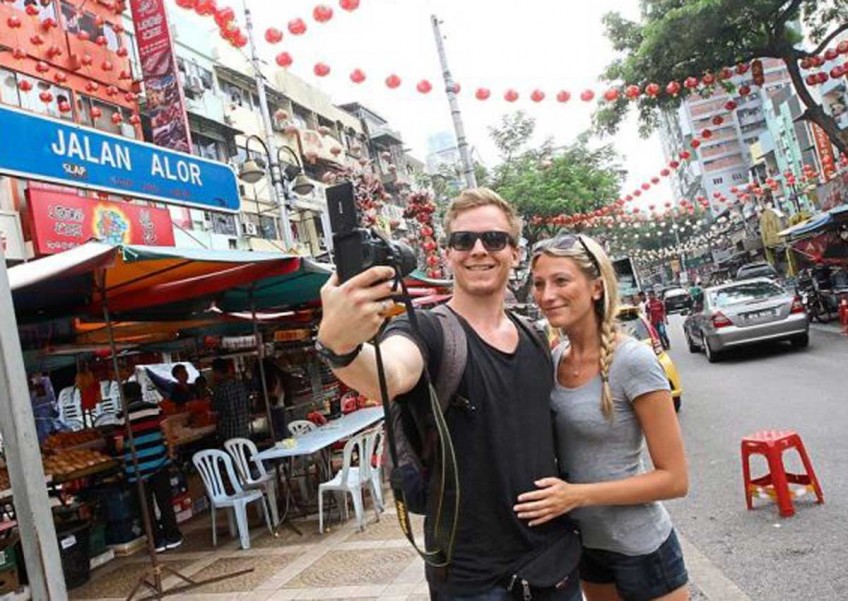 Smile: A couple taking a selfie in Jalan Alor, Kuala Lumpur.
The Star/ANN

KUALA LUMPUR - A terrorist threat has not stopped business in Jalan Alor here with many shops still opening for business as normal.

Many shops, hotels and stalls were still open and doing good business at the famous hawker street.

"People here won't close down (because of the bomb threat). They won't care about it," said hotel receptionist Halim Atal, 28.

He did not seem worried that the threat, which was posted on Australian and US-based government websites on Thursday night, would take place.

In a statement that night, the US Embassy issued a travel advisory telling its citizens to stay away from Jalan Alor.

It is believed that a terrorist attack was going to take place at the street, which is only a minute's walk away from the central shopping district of Bukit Bintang.

Police presence here was non-existent, with no officers in sight.

British backpackers Talia David and Frankie Glace, both 20, did not know about the warning.

"We were here (on the street) until 1am and didn't hear or see anything. We didn't know anything about this," she said.

A taxi driver, who declined to give his name, said he did not think terrorists would target Jalan Alor.

"I don't think they will want to bomb here. Maybe Bukit Bintang. There are more tourists there," he said.

"(We found) nothing unusual," he told reporters at a press conference here later.

See added that some traders were a little worried about the threat. He also seemed reluctant to tell hawkers here to close their shops tonight, adding that it was the weekend.

"Some are considering whether to open or not. Maybe (they are scared)," he said.