Lim Guan Eng must clear his name before taking up finance post: Mahathir 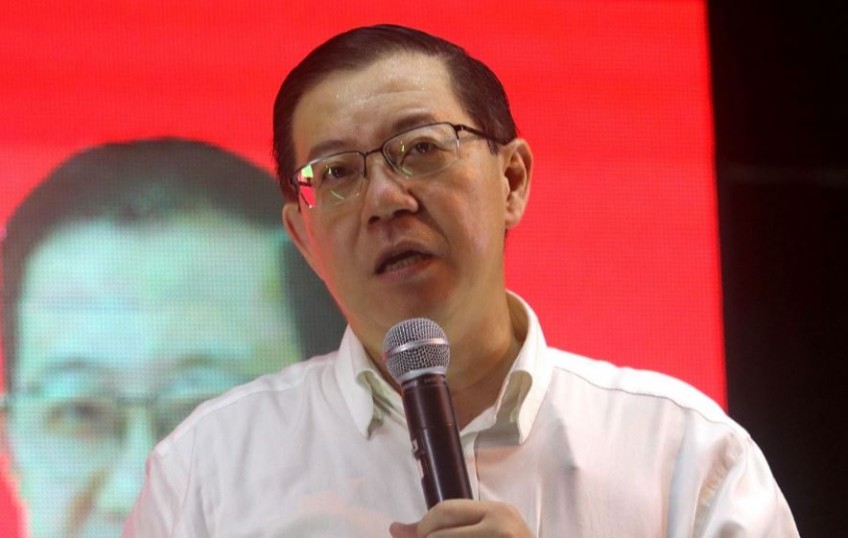 PUTRAJAYA - DAP secretary-general Lim Guan Eng can only be officially appointed Finance Minister if and after he is cleared of his corruption case.

Prime Minister Tun Dr Mahathir Mohamad clarified that Lim has merely been named Finance Minis­ter but has yet to take his oath of office.

“Every minister must be someone who is qualified for the position.

“If there is a case against such a person, we cannot appoint him or her,” he told reporters after meeting with ministry secretaries-general to explain the functions and roles of the new government here yesterday.

Dr Mahathir stressed that the rule of law must be followed, and the Government will have to wait until Lim is cleared of charges before he can be made the minister.

Asked who would take charge of the Finance Ministry for now, he said: “I am not taking charge but they report to me.

“We have a panel which will look into the work at the ministry. Some implementations which can be carried out, will be carried out.

“For some, we will need to wait until the minister is appointed.”

Dr Mahathir said while there is no alternative candidate for the post, it is understood that where ministries need to make a decision but the head has not been established, matters will be brought to the Prime Minister.

Lim, 58, is currently facing trial in Penang, charged with using his position as a public officer to gain gratification for himself and his wife Betty Chew Gek Cheng by approving the application for conversion of agriculture land to a public housing zone in south-west Penang to a company, Magnificent Emblem Sdn Bhd.

He is also charged with using his position to obtain for himself a plot of land and a bungalow at 25 Jalan Pinhorn, George Town, from businesswoman Phang Li Koon for RM2.8mil (S$945,961), a price which he allegedly knew was not commensurate with the property’s market value at the time of RM4.27mil.

On a separate matter, Dr Maha­thir, who is also Pakatan Harapan chairman, said its component parties will submit names to him for consideration as Cabinet ministers, and stressed that he will make the final call on their posts.

He said PKR president Datuk Seri Dr Wan Azizah Wan Ismail met him last week to submit 10 names, although he had only asked for an initial three.

He said priority will be given to three names on that list to be part of the core Cabinet which will be made up of 10 people including himself.

“Our stand is that the parties will give us the names. I will decide which ministry they will be in charge of.

“Maybe I will meet the party chiefs one more time,” Dr Mahathir said.