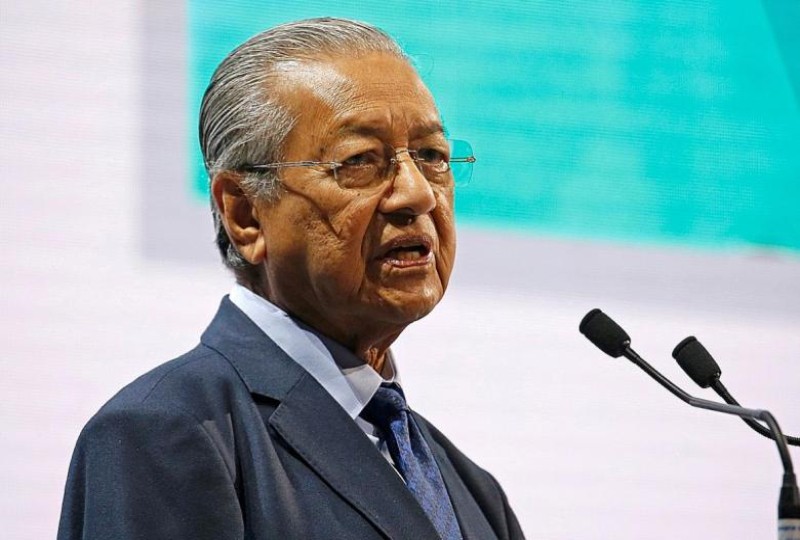 PETALING JAYA - Malaysia's Prime Minister Mahathir Mohamad on Monday called Chinese education group Dong Zong racist and followed this up yesterday by saying action could be taken if it keeps inciting people against each other.

Dong Zong had protested the use of jawi script in schools, alleging it was a form of Islamisation.

Dr Mahathir said: "It is going against the law. We have freedom of speech, but we are always sensitive about not instigating people to fight with each other.

"Dong Zong is only talking about one community, forgetting that this is a multiracial country.

"It is for the police to decide (to ban Dong Zong)."

He was asked to comment on the petition by a youth movement, Gerakan Pengundi Sedar, to ban Dong Zong.

Dr Mahathir said: "It has never fought for Malaysians but only for one race. This is a multi-racial country.

"...Dong Zong has never said a word about Malaysia but always about Chinese education.

"Even when I proposed the Sekolah Wawasan (Vision Schools) to bring people together, they objected to that because it made Malay children mix with Chinese children.

"It's a very racist way for the children (not to mix). What is wrong with Chinese and Malays mingling together?

"When I was in school, there were all races - it was okay. According to Dong Zong, the children of all races must not get near each other.

"It is a racist organisation devoted to entirely to racial propagation."

The labelling of Dong Zong as "racist" is uncalled for, said the Malaysian Chinese Association.

"We are not racist. Thousands of us oppose this, but it's not because we hate khat.

"We respect the cultural and artistic value of jawi calligraphy, as well as the direction of education in Chinese and Tamil primary schools.

"That is why we agree that khat be included in the art subject, be made an elective topic or as extracurricular learning in primary school."