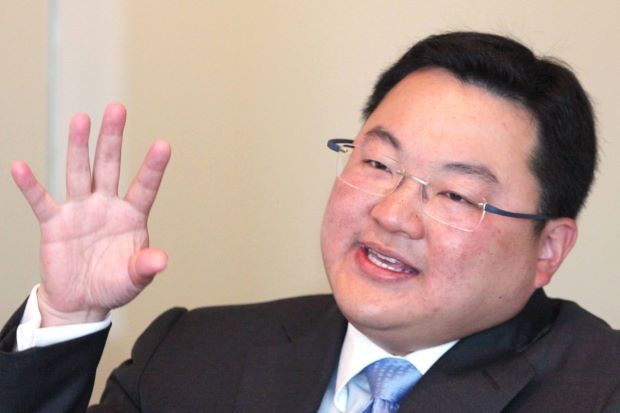 Beijing -Tun Dr Mahathir Mohamad believes that fugitive businessman Low Taek Jho is in China although he neither has proof nor brought this up during his talks with the country’s leaders.

“I think he is probably in China ... probably. I cannot prove it,” the Prime Minister told Malaysian reporters in Beijing before heading to the airport for his flight home yesterday.

Asked why he thought so, Dr Mahathir said he had heard rumours about it.

“I was told that he has many passports. He can travel anywhere.

“But he cannot use his Equanimity now. If he wants to, come to Malaysia and he can claim it in the Malaysian courts,” he said.

Equanimity is the super luxury RM1 billion (S$334 million) yacht owned by Low. It has been seized by the Malaysian government.

Dr Mahathir said he did not talk about Low, who is better known as Jho Low, with his Chinese counterparts.

Asked what he would do should the fugitive linked to the 1MDB scandal show up before him, Dr Mahathir said: “I will put a handcuff on him.”

It was reported that Council of Eminent Persons chairman Tun Daim Zainuddin had also denied bringing up the topic about Low during his recent visit to China.