KLANG, Malaysia - Tun Dr Mahathir Mohamad says he does not need PAS' support, as there are sufficient Pakatan Harapan MPs in the Dewan Rakyat.

"I need the support of up to 50 per cent of the elected representatives and Pakatan Harapan has more than half the seats, so I don't need PAS' support," the Prime Minister told reporters after launching Metrod Holdings' plant extension at Bukit Raja Prime Industrial Park.

Dr Mahathir said he had the support of those who had won as opposed to those who were about to lose and struggling to win.

He was responding to a question about his recent statement that he did not understand PAS' constantly changing stance despite the party expressing its support for him to remain as Prime Minister.

Dr Mahathir had voiced his disdain for PAS' attitude when, during a visit to Pulau Langkawi on Sunday, he was asked about the Islamist party's Youth chief Muh­ammad Khalil Abdul Hadi's statement that PAS and Umno would set up a committee to avoid collision between both the parties in future elections.

Read Also
Anwar and Mahathir – who will blink first? 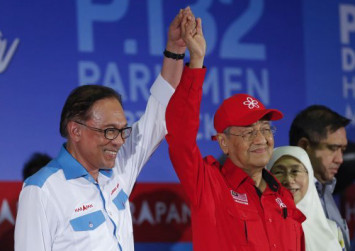 Takiyuddin is also said to have signed a document affirming this.

"If PAS wants to support me, they can but don't tell me and sign a document pledging to support.

"They signed a pledge to support but did not say it was to support Pakatan Harapan but for only me.

"I am not the government, Pakatan Harapan is," he added.

On another matter, Dr Mahathir said the Malaysian Anti-Corruption Commission (MACC) might not have sufficient details to complete investigations regarding the RM90 million (S$30 million) that was alleged to have made its way into PAS' account from 1Malay­sia Development Bhd (1MDB).

He added that it would take some time for the information to be gathered.

"The MACC may not have obtained the full information," he said. 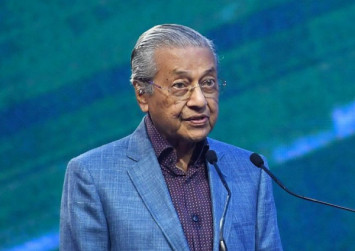 MACC chief commissioner Datuk Seri Mohd Shukri Abdull had said on Sunday that investigations so far had not found any evidence that the RM90 million allegedly from 1MDB was deposited into PAS' account.

The allegation that PAS had received RM90 million in bribes from Umno was made in a Sarawak Report article on Aug 6, 2016.

Abdul Hadi had sued Sarawak Report editor Clare Rewcastle Brown for libel over the article but they settled the matter out of court recently, though the alleged defamatory article was allowed to be retained.