Mahathir: Many more to face charges after Najib, Irwan, as pair are granted RM1m bail

BANGKOK - Many more will be charged for the offences committed by the previous Barisan Nasional government, says Prime Minister Tun Dr Mahathir Mohamad.

"What we are seeing today, of course, are charges being made against several people, but there are many more.

"We can't bring every one to court in one go.

"We have to take (them) one by one, and the more serious one is the former prime minister (Datuk Seri Najib Tun Razak)," said Dr Mahathir during a meeting with the Malaysia Thai Chamber of Commerce (MTCC) representatives on Thursday (Oct 25).

He said these were among the steps taken to resolve the problems created by the previous Barisan administration. 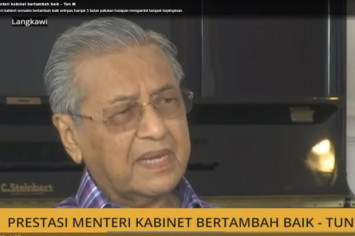 Dr Mahathir said the country suffered for almost nine years as the then government did not seem to care about the people.

"It committed a lot of wrong things. As usual, when you break the law, you face the consequences," he said.

The Sessions Court has granted bail of RM1 million each to Datuk Seri Najib Tun Razak and Tan Sri Dr Mohd Irwan Serigar Abdulah for the six criminal breach of trust offences they are jointly charged with.

Read Also
Rosmah and sons to be questioned by police tomorrow 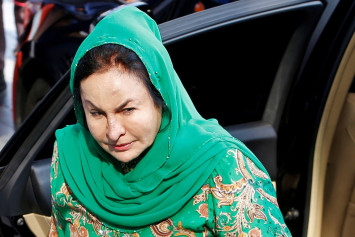 The prosecution had earlier asked for the sum to be set at RM3 million each on Thursday (Oct 25).

Judge Azman Ahmad granted the former prime minister and former Treasury secretary with two sureties, ordered them to surrender all their passports and told them not to be in contact with any of the witnesses.