Mahathir: Our vessels will remain in disputed maritime border for now

KUALA LUMPUR - Malaysian vessels will remain in the disputed maritime border between Malaysia and Singapore off Tuas until a decision has been reached on the negotiations between both coun­tries, says Prime Minister Tun Dr Maha­thir Mohamad.

He said vessels from both countries were in the area at pre­sent as discussions between Malay­sia and Singapore were ongoing.

"At the moment, because there is no decision, the vessels are there. 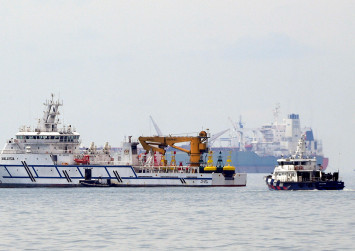 "Sometimes, there are over­lapping (boundary) claims and we can solve this with discussions," he said here yesterday.

Dr Mahathir was speaking at a press conference after giving a closing address at the seminar "Anti-Corruption Champions: Sha­ring Session with Winners of the Sheikh Tamim bin Hamad al Thani Inter­national Anti-Corruption Ex­­cellence Award 2018" at the Malaysian Insti­tute of Integrity here yesterday.

The dispute over maritime boun­dary between Malaysia and Singa­pore began with the declaration by Malaysia, published in the Federal Gazette, of an alteration to the Johor Baru port limits on Oct 25.

Singapore protested the move, claiming it was done unilaterally. 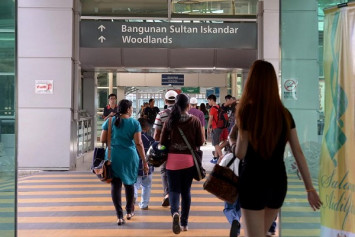 Later that night, Singapore's Foreign Affairs Ministry rejected the proposal and called on Malay­­sian vessels to leave the area.

During yesterday's event, Dr Mahathir also launched the Guide­lines on Adequate Procedures for Section 17A of the Malaysian Anti-Corruption Commission Act (MACC) 2009 at the seminar.

He hoped that the guidelines could be used as reference points for anti-corruption policies when the enforcement of Section 17A takes effect on June 1, 2020.

On corruption, he said it was important to change the culture and value system of the people to reduce graft.

He added that an anti-corruption initiative, the National Anti-Corrup­tion Plan, scheduled to be launched next month was aimed at setting out practical targets and initiatives to tackle corruption in the country from 2019 to 2023.

On the declaration of assets by Pakatan Harapan parliamentarians to MACC, he urged them to do so "soon", although he said there was no deadline at present.