PUTRAJAYA - The federal government is not an "outsider", said Tun Dr Mahathir Mohamad in a rebuttal to Johor Crown Prince Tunku Ismail Sultan Ibrahim on the Pulau Kukup issue.

"Malaysians are not outsiders. The Federal Government is not an outsider. We are responsible for all things in the country," said the Prime Minister after opening the Housing and Local Government Ministry's Local Government Convention here.

Tunku Ismail, in responding to a statement by Water, Land and Natural Resources Minister Dr Xavier Jayakumar on the status of Pulau Kukup, had said that "outsiders should not meddle on matters related to Johor".

The Crown Prince pointed out that only the Johor ruler had the jurisdiction to override the state constitution.

Dr Mahathir said at a press conference on Monday (Dec 10) he hopes the Johor Government will accept the federal government's decision.

"That is the stance of federal government. I hope Johor will accept. Pulau Kukup should not be developed. It should remain as a forest reserve particularly as it is a special mangrove forest.

"We don't want the mangrove forest to be cut down in order to develop the island," said Dr Mahathir.

Tunku Ismail had earlier claimed that Pulau Kukup will be "better protected" after its status is changed from national park to Sultanate land. 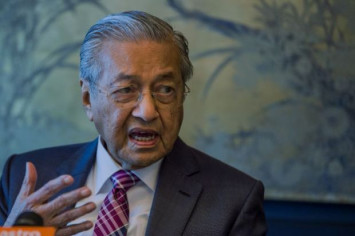 Lawyers for Liberty has asked why the stripping of national park status was done "silently", without ay public announcement, until the gazette was leaked online.

Pulau Kukup, located off the coast of Pontian in south Johor, has been a national park since 1997 and is mostly uninhabited.

Renowned as the world's second largest uninhabited mangrove island, it is one of five Ramsar sites in Malaysia.

Dr Xavier added that the island, has over 18 species of mangroves, with an ecosystem that could rarely be found, and was under the threat of extinction. 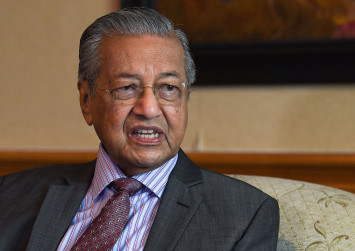 It has been identified as a stop for migratory birds and a breeding place for threatened birds such as certain storks, egrets and pittas.

He said, "It is also a resource for fish and aquaculture. It is home to an invaluable biodiversity treasure for the country as well as for the state of Johor and any failure in managing the area can lead us to lose these treasures for good."