Mahathir unapologetic over use of derogatory 'keling' term

Dr Mahathir claimed that the word "keling" did not have a derogatory connotation in Kedah, where he was born and raised.

"I've used the word 'keling' since I was little, there is no problem," he told reporters on Sunday.

"My 'keling' friends never scolded me, so why is MIC angry?" he asked.

Vell Paari said this showed that Dr Mahathir had no respect for the Indian community.

Read Also
Najib and Mahathir agree on one thing at least: Don't mess with Malaysia's rendang! 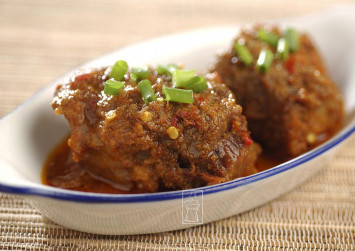 In 2016, Dr Mahathir had made another remark using the word "keling" that courted outrage from several politicians.

PKR's former Puchong division chairman S. Murali even lodged a police report in 2016, urging action to be taken against Dr Mahathir under the Sedition Act.

"Keling" is a word deemed to be derogatory and offensive to the Indian community.

However, its original meaning is not pejorative and refers to the glory days of India and its links to South-East Asia through the Kalinga empire in east-central India.

Traders from Kalinga settled in South-East Asia and Indians ended up being referred to as people from "Benua Keling" (Keling continent).

However, the derogatory connotation of "keling" is said to date back to the 1920s.

A report in the now-defunct Singapore Free Press referred to prisoners that were brought to Malaya from India and forced to work in chain gangs as "kling", derived form the clanking sound of their chains.